What do legal experts say? 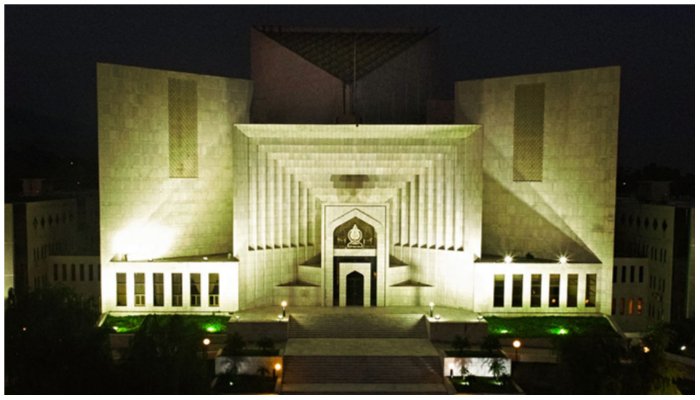 As the Supreme Court announced its verdict related to the much-awaited case of the Punjab chief minister’s election and declared PML-Q’s Pervez Elahi as the new office holder after removing PML-N’s Hamza Shahbaz, legal experts spoke to Geo.tv to share their assessment of the decision.

The SC’s proceedings went on for three days — Saturday, Monday, and Tuesday — as lawyers from all the parties presented their arguments before the top court.

PTI’s candidate Pervez Elahi, who had been defeated by PML-N’s Hamza Shahbaz on July 22 after 10 PML-Q votes were rejected by Deputy Speaker Punjab Assembly Dost Mazari, had challenged the deputy speaker’s ruling in the SC.

The SC formed a three-member bench — headed by Chief Justice Umar Ata Bandial and including Justice Munib Akhtar and Justice Ijazul Ahsan — to hear the case, but the coalition government objected to it and demanded a full court take up the matter as they did not want “bench-fixing”.

However, after hearing arguments from all sides for nearly eight hours on Monday, the SC decided not to form a full court bench, saying that the same bench would hear the case.

As the SC decided not to form a full bench, the ruling coalition and the Pakistan Democratic Movement (PDM) decided to boycott the apex court’s hearing.

Here’s what legal experts had to say.

‘Verdict in accordance with Constitution’

“It was a black-and-white matter from start to finish, and an utterly indefensible move by Mazari that defeated the majority mandate. The final verdict is correct in law and in accordance with the Constitution.”

In the broadest schemes of things, this is a better interpretation in terms of what it does for the parliamentary democracy in Pakistan as well as the way the Constitution envisions it.

I think it strikes an appropriate balance between the desire to prevent horse-trading and floor-crossing, which on one hand is why Article 63(A) was introduced and, at the same time, also allowed some degree of consensus in terms of voting.

However, I think that the Supreme Court could have done more in both — its short order and as well in the way proceedings were conducted — to inspire more confidence in this decision.

With that being said, it’s good to see an interpretation that is true to the spirit of the Constitution but in terms of the process, I am not sure as the top court, in its detailed reason, will have a lot more convincing to do in order to gain legitimacy for this decision across the board.

“The purely legal court decision should not be used as a crutch for political point-scoring. The same decision from a full court would have protected the institution from accusations of partisanship.”

“The Supreme Court accepted PTI’s petition and passed the verdict in favour of Elahi. Without going into the debate of whether it is a good or bad decision by the three-member bench, I think if it was a full-court bench, then it could have announced an absolute judgment with consensus and without any chance of overturning the decision in future.

In my opinion, it will create further political instability in the country. But as the SC is the final forum in judicial decisions and proceedings, the verdict should now be subjected to open criticism from the general public to hold the court accountable for its future as a pillar of a democratic state.”

“This judgement portrays that the court has followed “literalism” while deciding the case of Article 63A(1)(b) which can be bifurcated into two parts — pre-voting and post-voting procedure.

The intention of the Parliament by way of the 18th Amendment was to empower the true essence of a democratic process by not just empowering the party head but the parliamentary party as a whole.

Nonetheless, as Thomas Jefferson puts it, “the Constitution, on this hypothesis, is a mere thing of wax in the hands of the judiciary, which they may twist and shape into any form they please.”