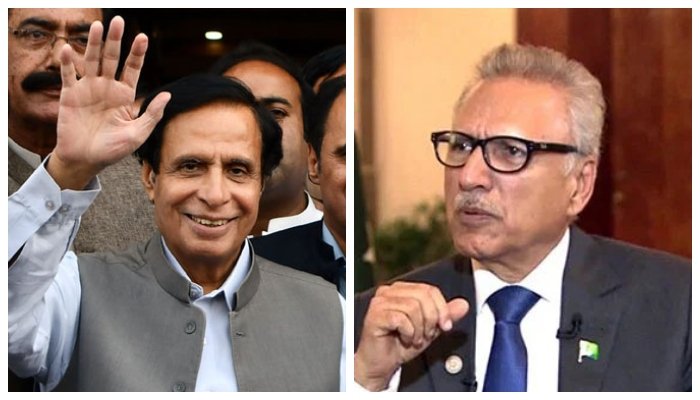 A spokesperson of the President’s House announced that Elahi will take the oath of office from President Arif Alvi. He added that the oath will be administered at around 2am on Wednesday.

According to Geo News, President Alvi had sent a special aircraft to bring Elahi to Islamabad for the oath-taking ceremony.

It is unclear whether the Punjab governor had refused to administer the oath but Geo News reported that guests arriving at the residence of the governor were not welcomed.

The Supreme Court, in an 11-page short order, said: “We find that the understanding and implementation of the said short judgment as well as the provisions of Article 63A(1)(b) of the Constitution by the Deputy Speaker, Provincial Assembly of Punjab, Lahore (Respondent No.1) was patently incorrect and erroneous and cannot be sustained.”

The order then declared Elahi as the duly elected chief minister of Punjab as it ruled that he had obtained 186 votes compared to Hamza’s 179.

The three-member bench — comprising Chief Justice of Pakistan Umar Ata Bandial, Justice Ijazul Ahsan, and Justice Muneeb Akhtar — also ordered Punjab Governor Baligh ur Rehman to administer the oath to Elahi at 11:30pm, adding that if he refuses to perform his duties, President Arif Alvi will administer the oath.