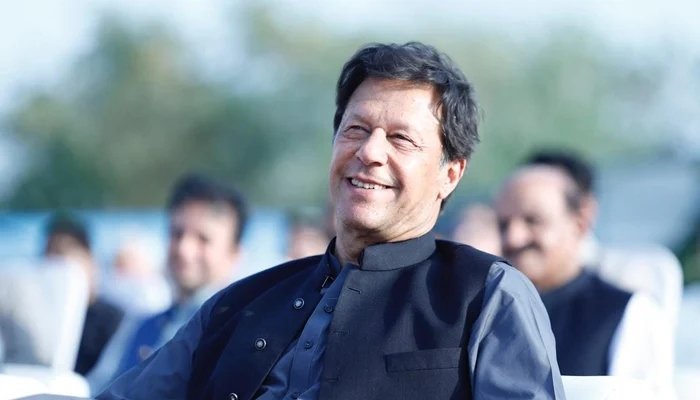 ISLAMABAD: Following the verdict of the Supreme Court of Pakistan, declaring the ruling of the Punjab Assembly’s deputy speaker “illegal” and instating Pervez Elahi as the new chief minister of Punjab, PTI Chairperson Imran Khan called his supporters to take to the streets and celebrate tomorrow.

The court’s short order declared Elahi as the duly elected chief minister of Punjab as it ruled that he had obtained 186 votes compared to Hamza’s 179.

Taking to Twitter, the former prime minister said: “I appreciate our SC judges for standing firm and upholding the Constitution and law, against all manner of threats and abuse.”

He further thanked Barrister Ali Zafar and his team for fighting the PTI’s case in the top court. “I want to thank the people of Punjab for coming out in unprecedented numbers in by-elections against rigging,” wrote Khan.

The PTI said that his party will celebrate the win tomorrow with the people who stood by their campaign for Haqeeqi Azadi.

Former human rights minister Shireen Mazari said that people’s mandate has been respected and justice has prevailed, reversing the US regime change conspiracy.

“Reversal of US regime change conspiracy by the strength of people who stood behind IK’s stand for Haqeeqi Azadi and his taking the cause to the people of Pakistan,” she wrote.

PTI leader Hammad Azhar said that this win is for the people and because of their support.

Congratulating the nation on the victory, former information minister Fawad Chaudhry said that ex-Punjab CM Hamza Shahbaz should have resigned after the elections principally but he was involved in unprincipled politics.

“Today, the Supreme Court restored the constitution,” he added.

PML-Q leader Moonis Elahi, who is the son of Pervez Elahi, said that Hamza is “gone” while referring to him as “kukri” (chicken).

“Neither Hamza’s father nor his sister could save him,” wrote Moonis.