Two terrorists killed during exchange of fire in DI Khan 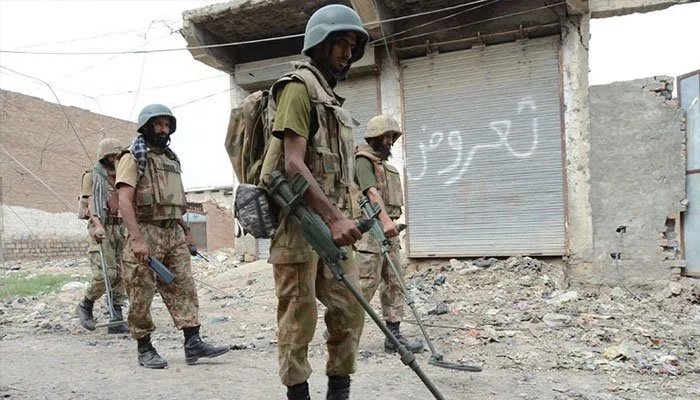 Two terrorists were killed in an exchange of fire that took place between the army’s quick reaction force and the culprits after the former responded to an explosion that was triggered by an improvised explosive device that targeted a police vehicle, the Inter-Services Public Relations (ISPR) said Wednesday.

According to the military’s media wing, the IED exploded on a police vehicle in the general area of Kulachi in Dera Ismail Khan District.

The military’s media wing said that weapons and ammunition were also recovered from the killed terrorists. While the locals of the area lauded the operation and expressed full support to eliminate terrorism from the area.