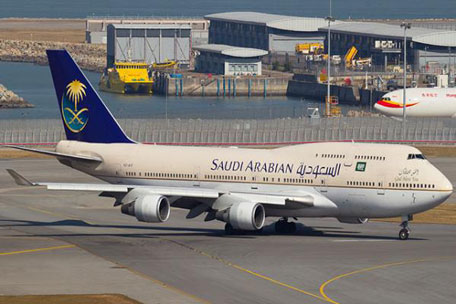 Update: Saudi Arabian Airlines has confirmed the hijacking of flight SV872 was a ‘false alarm’, with the incident now resolved.

The aircraft, with reportedly 300 passengers on board, was flying into Manila from Jeddah.

Following the alarm raised by the pilot, the aircraft was isolated.

According to reports, the pilot of a Saudi Arabian Airlines flight accidentally pressed an emergency alarm, creating a hijack scare and triggering a major security response at Manila airport on Tuesday.

Police and security personnel surrounded the Saudia flight from Jeddah after it landed on Tuesday afternoon following a report to the control tower that the plane was ‘under threat’, a Philippine aviation authority spokesman told AFP.

Passengers were forced to remain on the plane for about two hours, but were let off about 5pm (0900 GMT) after it was confirmed there was no threat.

“Situation is normal. It was alleged that the pilot pressed the emergency light of the aircraft unintentionally,” Manila police chief Oscar Albayalde told reporters.

Manila airport spokesman Connie Bungag earlier released a statement saying the control tower received advice that the plane was ‘under threat’ as it was 32 kilometres (20 miles) from landing.

Earlier story: A Saudi Airlines aircraft has been isolated at Manila Airport with the pilot reporting the plane was ‘under threat’.

The Philippine Civil Aviation Chief has confirmed a Saudi Airlines plane has been isolated, with no further reasons that are still unclear.

The Control Tower has reported the pilot advised the airport the plan was ‘under threat’.