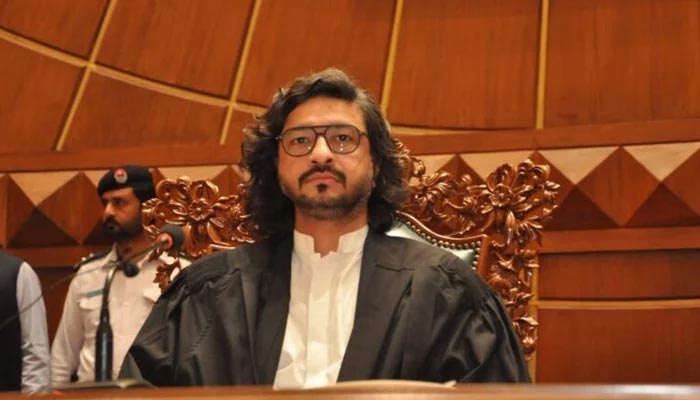 LAHORE: The Punjab Assembly on early Saturday morning passed a no-confidence motion against Dost Muhammad Mazari to remove him from the office of deputy speaker, Geo News reported.

The PTI had tabled the no-trust motion against the deputy speaker after his ties deteriorated with the party.

PTI Chairperson Imran Khan and other party leaders severely criticised Mazari for his ruling, which deprived Pervez Elahi of becoming the chief minister after he rejected 10 votes from the PML-Q — enabling Hamza Shahbaz to retain the top office.

But the setback was short-lived as the Supreme Court annulled Mazari’s ruling and instated the Khan-backed candidate, Elahi, as the chief minister.

Prior to the voting, empty ballot boxes were displayed in the House.

On the other hand, PTI’s Sibtain Khan was elected as the Punjab Assembly speaker today.

The Punjab Assembly speaker’s seat fell vacant after the former office bearer Elahi was elected as the chief minister of Punjab on Tuesday, July 26.