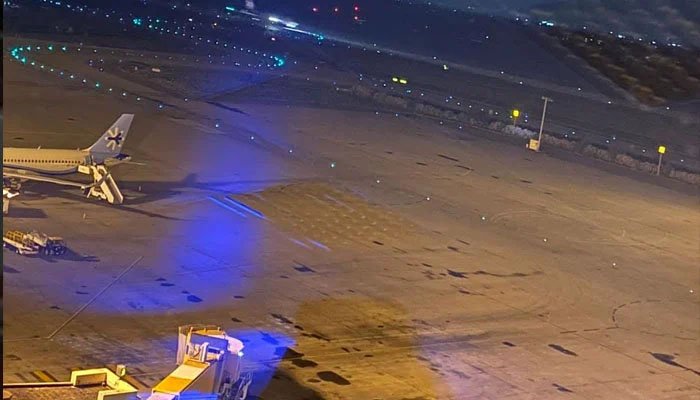 After renovation and repair work, Thai airways flight TG342 coming from Bangkok was the first that landed on the runway.

According to the airport sources, the main runway of the Lahore airport R-36 was damaged because of the prolonged use without any repair work causing disruption and delay in the landing of heavy aircraft.

Flight operation was suspended as the runway was closed completely in August 2020 for the repair work while the L-36 runway was being used alternatively for landing and take-off.

As per sources, one and half years were given for the repair of the R-36 runway, however, the repair and renovation work got delayed.