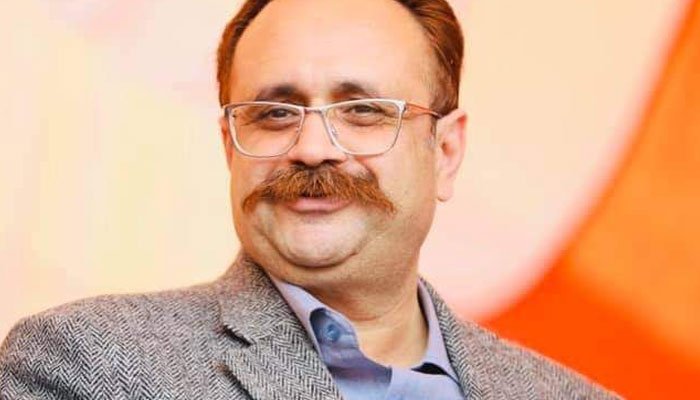 LONDON: Prime Minister Azad Jammu and Kashmir Sardar Tanveer Ilyas Khan has said he plans to introduce a strict accountability process in Azad Kashmir to hold those public office holders and politicians responsible who have been involved in corruption of the state resources.

Speaking to The News and Geo during his London visit, the Azad Kashmir Prime Minister and Pakistan Tehreek-e-Insaaf (PTI) President said that government officers and politicians in Azad Kashmir have been involved in destroying its beautiful forests to make money through timber business and as a result forests exist only on around 15 percent of the land as compared to nearly 50 percent a few years ago. “There is a huge climate change crisis in Azad Kashmir because these resources were plundered mercilessly. There has been vast scale corruption in other departments too. We will ask those involved in suspected corruption to explain their means of income and how they made assets beyond their means. There may be a lot of political opposition to this but we need to do this for our future,” Sardar Tanveer Ilyas said.

Sardar Tanveer Ilyas Khan, the multi-billionaire tycoon, said Allah had given him everything and he didn’t become AJK’s Prime Minister to make money. “I don’t use the state resources. I am not in this job to make money or to cut deals. Allah has given me everything that one can wish for. I am here to serve the public and to change Azad Kashmir for its inhabitants, to bring meaningful and positive change to their lives. My mission is to serve and its exactly for this reason that Imran Khan gave me the task to serve the masses.”

The AJK prime minister, who leads the PTI in AJK, said he has been friends with Imran Khan, Nawaz Sharif and other politicians for several decades but PTI was the only political party that he has ever joined in his life.

He said: “I met Imran Khan soon after he won the World Cup. He visited our business in Saudi Arabia to raise funds for Shaukat Khanum Hospital. I have been involved in raising funds for his hospital initiative ever since. I saw in Saudi Arabia how selflessly he devoted himself to charitable causes. He is the greatest Pakistani in my view after the founder of Pakistan. His record in areas of health and education is unmatchable to anyone. When he was Pakistan’s Prime Minister, Imran Khan increased development funds for Azad Kashmir and was very passionate about its development.”

Sardar Tanveer Ilyas met Nawaz Sharif several times when PMLN was in power and there were speculations at that time that he could be made a Senator on PMLN’s ticket. The AJK PM said that Nawaz Sharif consulted him on business-related issues and encouraged the frank exchange of ideas.

The PM said: “I give credit to Nawaz Sharif that he gives a lot of respect to the people he meets and that’s why he is respected as well. When I was a caretaker minister in Punjab in 2018, he met me and told me how Begum Kulsoom Nawaz wanted to visit my home in a hilly Kashmir area. During his last government I used to meet him frequently with businessmen. He would ask us to advise him on business. He had several good initiatives in mind for the business community.”

The AJK prime minister didn’t appear happy with Prime Minister Shehbaz Sharif over the allocation of funds for Azad Kashmir. “The federal government needs to understand that Azad Kashmir is not an ordinary place, we have a special status. The federal govt has reduced our funds without appreciating the fact that we are totally dependent on Pakistan. We have tens of thousands of highly qualified youths who have no jobs and our enemy will exploit them if we cannot take care of them. We need funds to empower and facilitate our youth. We want to build more cadet colleges; we want to establish industries and we want to create opportunities and for this purpose we need funds.”

Sardar Tanveer Ilyas said the federal government should give a full variable grant to Azad Kashmir. “Rs74 billion should have been given to us but we have been given Rs59 billion. Pakistan is like our elder brother and we are the first line of defence of Pakistan. We have a burden of refugees and are faced with non-stop hostility from the Indian occupation army.

“I have a lot of appreciation for Raja Farooq Haider. When he was AJK PM, the PTI federal govt under Imran Khan didn’t cut any funds. Rather, there was an increase in funds. I would request the federal govt to increase our funds rather than making cuts.”

PM Sardar Tanveer Ilyas there was no threat to his government in Azad Kashmir. He said the PTI currently has 32 seats and has won each and every election. “We are completely safe. We want to focus on progress and jobs. I will request the overseas Kashmiris to come, invest and live in Azad Kashmir and invest in Pakistan. I had promised in my election campaign that we will bring the ‘wow’ factor to Kashmir and we are already doing that.”