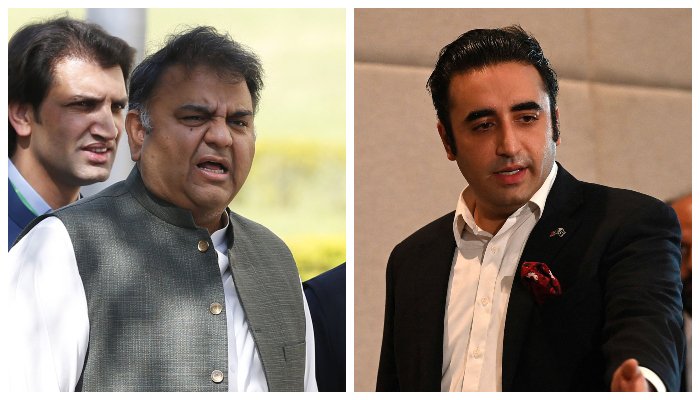 Bilawal was in Tashkent, Uzbekistan from 28-29 July, where he led Pakistan’s delegation to the SCO Council of Foreign Ministers’ (SCO-CFM) Meeting.

In a press conference, PTI leader Fawad Chaudhry claimed that the Russian foreign minister refused to meet his Pakistani counterpart during the SCO summit.

In a scathing attack directed at FM Bilawal, the PTI leader said that the Pakistani foreign minister is on an “internship” and that no one knows him.

Shireen Mazari, who is also a senior PTI leader, tweeted that FM Bilawal met all foreign ministers at the SCO summit, except those from India and Russia.

While she appreciated the PPP Chairperson for not meeting his Indian counterpart, she alleged that he avoided meeting the Russian FM in fear of the US.

“Bilawal meets all SCO foreign ministers except Indian FM – which was proper given Modi’s fascism in IIOJK — and Russian FM. Why would he not meet Lavrov except out of fear of US!” she claimed.

She alleged that “subservience before the US prevented the imported government’s FM” from meeting his Russian counterpart, deeming it “shameful”.

However, FM Bilawal told WION News that he met with his Russian counterpart on the sidelines of the Shanghai Cooperation Organization Foreign Minister’s meeting.

FM Bilawal added that talks were also held with foreign ministers from Central Asian countries, as well as that of China. He said that discussions held during these meetings were positive and useful.

A Foreign Office handout mentioned that the foreign minister held important and in-depth interactions with his counterparts from China, Kazakhstan, Kyrgyzstan, Tajikistan and, Uzbekistan. However, there is no mention of his meeting with his Russian counterpart.

During his official engagements at the meetings, according to the Foreign Office, he highlighted “Pakistan’s perspective on important regional and international issues of concern to SCO member states”.