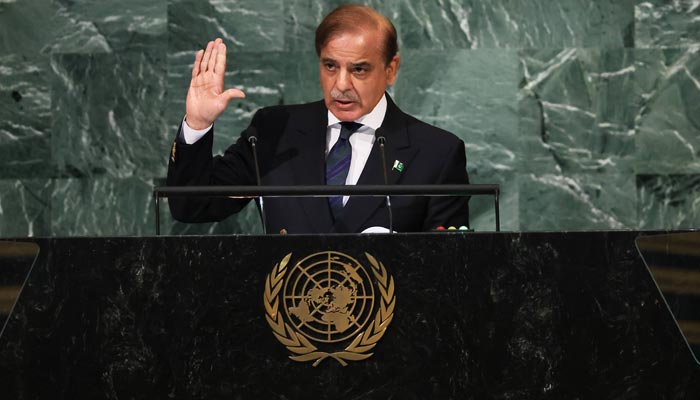 Prime Minister Shehbaz Sharif has been entrusted to Co-Chair the 27th UN Climate Change Conference of Parties (COP-27) along with the Egyptian President and Norwegian Prime Minister.

The premier has received this honour out of 195 countries, the statement released by the Prime Minister House said, adding that Egyptian President Abdel Fattah El-Sisi has also invited PM Shehbaz to co-chair the COP-27 meeting.

Following the massive devastations caused by catastrophic floods in Pakistan, PM Shehbaz has raised the issue on several international platforms, including the 77th session of the United Nations General Assembly and Shanghai Cooperation Organisation.

“Humbled by the invitation to co-chair the COP27 roundtable in Egypt next month,” the premier said, appreciating that the world is acknowledging the severity of climate challenge that threatens to stunt our civilization and development.

“We need to turn this realisation into concrete action to combat climate change,” PM Shehbaz wrote on Twitter.

About 90 heads of state have confirmed attendance at November’s COP27 climate negotiations in Egypt where they will address issues including energy transition and food security at opening sessions.

Egypt is taking over the presidency of the UN climate talks from Britain and will host the talks from November 6-18 in the Egyptian Red Sea resort of Sharm el-Sheikh.

PM Shehbaz is expected to hold bilateral meetings with world leaders, heads of state and heads of international financial institutions.

Topics for leaders’ roundtables to be held on November 7-8 would include the development of green hydrogen, water and food security, achieving a just energy transition towards renewables, and vulnerable communities.