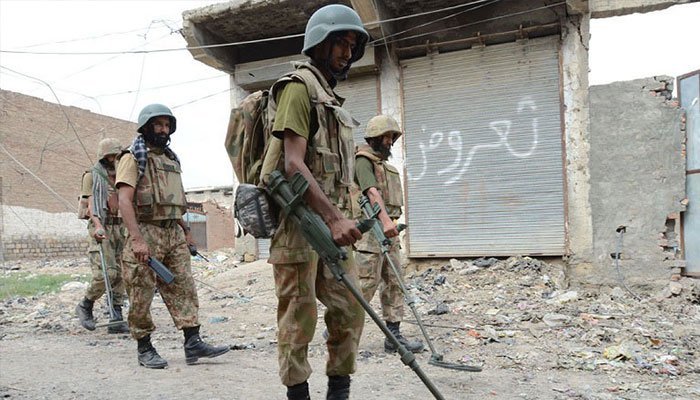 A 31-yeard-old Pakistan Army soldier was martyred during an exchange of fire with terrorists in Draban’s general area of Dera Ismail Khan District, the Inter-Services Public Relations (ISPR) said on Sunday.

According to the military’s media wing, the Pakistan Army troops had effectively engaged the terrorist’s location.

However, during intense exchange of fire, 31-year-old Lance Naik Mujeeb, who was a resident of Lakki Marwat, fought gallantly and embraced martyrdom, said the ISPR.

The ISPR further said that sanitisation of the area is being carried out to eliminate any terrorists found in the area.