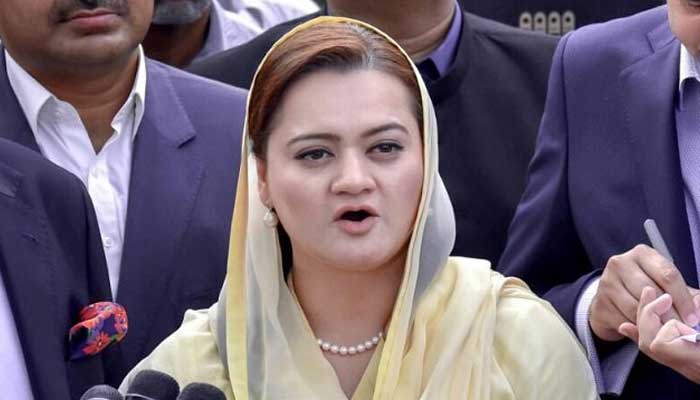 ISLAMABAD: Information Minister Marriyum Aurangzeb Monday reacted to PTI Chairman Imran Khan’s press conference and said that he was suffering from “political Alzheimer’s”, adding that winning by-elections does not mean that he should issue alerts and demand new elections.

Addressing a presser in Islamabad, the minister said that Khan is blinded by his lust for power.

“The Karachi and Multan by-elections are a referendum against you,” she said, adding that the former premier has left the country economically bankrupt.

She added that Khan also left Pakistan’s youth unemployed and traded Kashmir. “[Khan’s] corruption-ridden files are a slap on the face,” Aurangzeb said.

Commenting on the PTI chief and his party’s overall win in the by-elections a day ago, Aurangzeb said that if Khan is referring to the by-polls as a referendum, then it was the same case in Multan and Karachi.

“In Pakistan’s 75-year-history, Imran Khan has taken the biggest loan. He was a taxi driver for people and angered friendly nations,” the minister said, criticising the former premier for begging from countries.

Aurangzeb questioned Khan why he never wrote a letter to international agencies about his performance for four years.

Speaking about the increased number of National Assembly seats belonging to the ruling coalition, Marriyum said: “After the by-elections, the government has 176 votes. Government can’t be formed by invading [lower house] with six seats.”

The minister lambasted Khan for his government’s contribution to ruining the country’s economy.

“The country was at default in April, which was saved by the coalition government. You traded the country in return for foreign funding. Did you do anything other than placing a plaque on Shehbaz Sharif’s plan?” Aurangzeb said, questioning Khan over acquiring foreign funds for his party.

“Today, your self-respect is being hurt?” Aurangzeb remarked on Khan’s annoyance at cases filed against him.