US says ‘confident’ Pakistan can secure nukes after Biden uproar 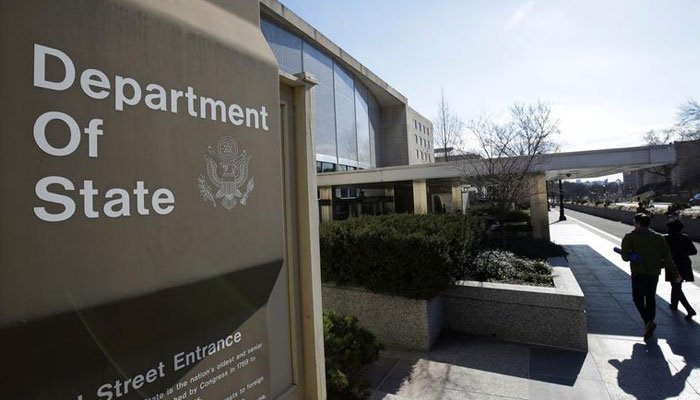 WASHINGTON: The United States said Monday that it had confidence in Pakistan’s ability to control its nuclear arsenal after President Joe Biden expressed alarm, leading Islamabad to summon the US ambassador.

“The United States is confident of Pakistan’s commitment and its ability to secure its nuclear assets,” State Department spokesman Vedant Patel told reporters.

“The US has always viewed a secure and prosperous Pakistan as critical to US interests and, more broadly, the US values our long-standing cooperation with Pakistan,” he said.

Biden made the off-the-cuff remarks on Pakistan’s nuclear programme Thursday while at a private Democratic Party fundraiser in California where he began to discuss challenges facing President Xi Jinping of China, a close ally of Pakistan.

“And what I think is maybe one of the most dangerous nations in the world: Pakistan. Nuclear weapons without any cohesion,” Biden said, according to a White House transcript.

Pakistan — proud to be the only declared nuclear power in the Islamic world — summoned US Ambassador Donald Blome to lodge a protest.

Prime Minister Shehbaz Sharif tweeted that Pakistan was a “responsible nuclear state” and that it takes safety measures “with the utmost seriousness.”

US officials have long privately voiced alarm about nuclear safety if the political situation changes in Pakistan, whose military and intelligence apparatus has assisted Afghanistan’s Taliban.

Foreign Minister Bilawal Bhutto-Zardari said that Biden’s remarks should not hurt relations, noting that the president was not speaking at an official function.

“This is a relationship we view as important and it’s something that we’re going to continue to remain deeply engaged in,” he said.