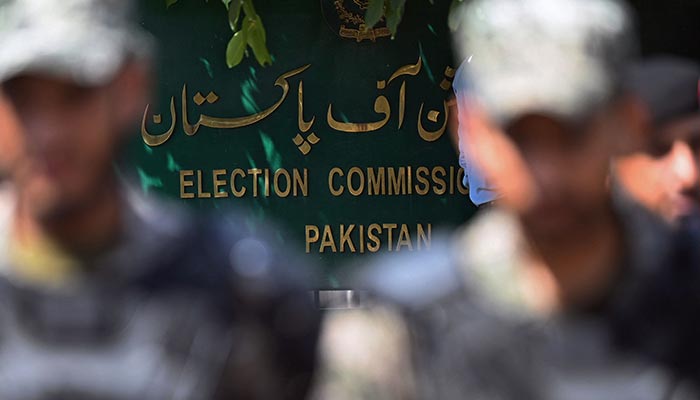 ISLAMABAD: The Election Commission of Pakistan (ECP) Friday wrote a letter to the interior ministry seeking beefed-up security ahead of the by-elections and local body polls in Karachi on October 16 and 23, respectively.

The ECP’s letter was in response to the interior ministry’s request in which it had asked the commission to postpone the said elections following the impact of floods and the possibility of a law and order situation being affected in Islamabad by a political party.

The commission’s letter, written by its secretary Umar Hameed to secretaries of defence and interior, asked for special security arrangements to be made in light of the intelligence agencies’ report.

“Security arrangements should be beefed-up to conduct peaceful elections,” the ECP wrote.

The electoral body stated that the provincial administration is responsible for taking necessary steps during the polls.

The ECP mentioned that the current “temperature” in the country’s “political environment is searing”, while flooding has worsened the situation.

“Arrangements should be put in place to maintain law and order,” the letter read.

“An adequate number of army, FC, and rangers’ personnel will be there as backup if required,” the ECP informed the ministry adding that police will be assisted by them in sensitive areas.

The commission further directed the Quick Response Force to do its work as soon as possible, and also instructed authorities concerned to ensure foolproof security during by-polls to be held in Karachi on October 23.