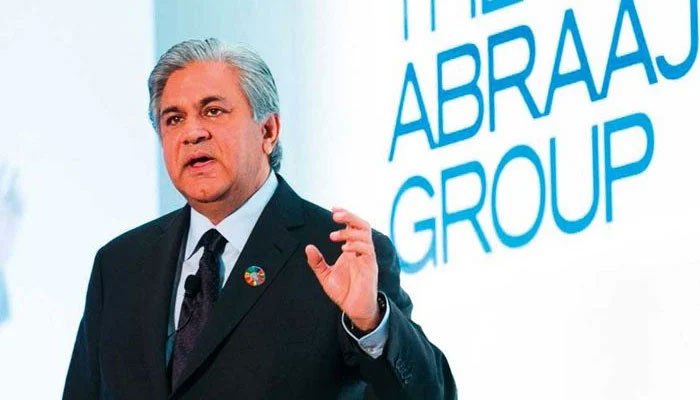 British Journalist Simon Clark of the Financial Times, who reported on the foreign funding of the PTI, has said that the people who donated for the charity cricket match did not know that their money was being used to fund a political party’s election campaign in Pakistan.

Talking during Geo News‘ programme, “Aaj Shazaib Khanzada Kay Sath” on Monday, Clark said: “When I told them about [their money going to] the PTI, they were astonished.”

He said the guests at the chairty match knew that their money would be spent on “philanthropic ventures” but they did not know precisely which charity organisation or activity the match was raising funds for.

The British journalist said the PTI admitted that Arif Naqvi’s company, Wootton Cricket Limited, sent $2.1 million to it. Of the total, $1.3 milion came from Naqvi’s Abraaj Enterprise. “The overseas Pakistani citizens did not send this money,” he explained.

He said that Sheikh [Mohamed bin Zayed] Al Nahyan of the United Arab Emirates donated $2 million to the Wootton Cricket, adding that Naqvi and his associates, in Abraaj emails, could be seen talking about sending $1.2 million out of $2 million to the PTI, while mentioning that the money was sent by a sheikh of the Abu Dhabi’s royal family. The money was transferred to Pakistan via the bank account of Tariq Shaif and Insaf Trust.

It was clearly mentioned in the Abraaj emails that the money was meant for the PTI, Clark said. But the PTI denied that, saying it was not aware that Sheikh Al Nahyan provided funding for the party’s election campaign.

The investigative reporter said it was possible that the money collected in Wootton was used for some other purposes other than philanthropic ones.

He noted that under Pakistani law, no company is permitted to bankroll political parties.

“Secondly, as far as I know, Sheikh Al Nahyan is not a Pakistani citizen. And Naqvi sent $1.2 million from his money to Pakistan for the PTI. My story elaborates that the donations collected through a cricket match under the Wootton Cricket’s events were channeled to the PTI by Abraaj,” he said.

Clark said he had been investigating the matter for the last four-and-a-half years.

“[During this time], I have not come across evidence of any conspiracy against Naqvi. Instead, I have seen immense evidence of financial irregularities in Abraaj.”

“I have presented these facts before my friends and have written a book on it. As a journalist, I am supposed to unearth the truth. There are multiple criminal and civil cases against Abraaj in the US. Dubai’s financial regulators fined Abraaj. I have been a financial journalist for 22 years but I have not noticed a similar situation in any company.”

Clark added that Abraaj was an investment company but Naqvi also used it to fund charitable activities.

“But Abraaj faced problems owing to investment. This was the reason for cases against Naqvi in the US. Abraaj collected funds from investors for investment purposes and possessed funds worth one billion dollars for building hospitals. Abraaj received money from different investors, and organisations, including the Bill Gates Foundation. That aside, the firm received funds from the US, British, and French governments as well.”

“The Abraaj executives, however, spent this money on other expenditures like salaries and bonuses. I have complete documentary evidence regarding this,” Clark asserted.