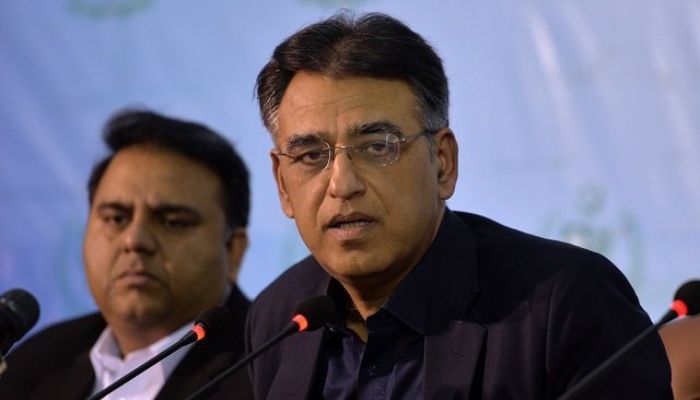 PTI Secretary General Asad Umar accused the Election Commission of Pakistan (ECP) of becoming a part of the PDM alliance on Monday after he filed a petition, on his party’s behalf, in the Islamabad High Court against the electoral body’s decision to accept the resignations of 11 members of the National Assembly.

“A petition has been submitted in the Islamabad High Court against the election commission accepting the resignations of 11 members of the assembly of their choice,” the PTI leader said on Twitter.

“All members of the Tehreek-e-Insaf resigned in front of the entire country. All resignations should be accepted at the same time,” he stated.

Earlier, speaking to media outside IHC, the PTI leader stated, we have approached the court against acceptance of the resignations of 11 members.

“On April 11, 125 of our people resigned on the floor of the assembly, and on April 13, Deputy Speaker Qasim Suri accepted the resignation,” Umar said.

He claimed that party members resigned as a result of of the alleged foreign interference that led to the ouster of their party’s government at the centre.

Umar went on to say that the youth of social media should suggest a party symbol for the ECP as it has become a part of PDM.

The PTI leader accused ECP of engaging in “illegal activity” and stated that the PTI refused to be a part of this conspiracy and thus resigned, and that the ECP accepted 11 resignations of its choice last week.

The action was taken after Speaker Ashraf accepted 11 resignations of PTI members under Article 64(1) of the Constitution of Pakistan.

NA spokesperson said notification has also been issued in this regard. The announcement was made on the official Twitter handle of the National Assembly.

However, the PTI had claimed that Speaker’s Ashraf’s approval held no legal value.

PTI’s senior leader Fawad Chaudhry had said that there is no-legal value of the approval of 11 PTI MNAs’s resignations as former deputy speaker Qasim Khan Suri had already accepted the resignations when tendered.

The PTI lawmakers had tendered their resignations en masse after Imran Khan’s government was ousted through a no-confidence motion In April.

Later, the then deputy speaker Qasim Suri accepted the resignations and issued a notification in this regard.