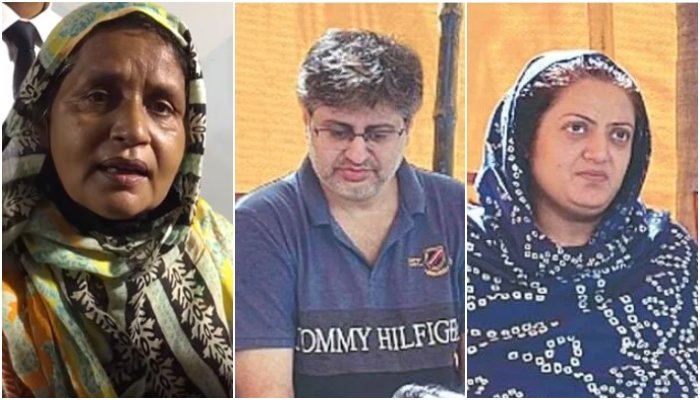 LAHORE: Zaheer Ahmed’s mother, issued an apology to Dua Zahra’s parents, saying she knows how much her parents were distressed after their daughter left her home.

Speaking during a press conference along with her family, Zaheer’s mother Noor Bibi said that both her sons are in danger and urged that they should be moved to Lahore as soon as possible.

Noor Bibi then requested the authorities to produce Zaheer in the local court and the verdict should be given by the same court.

“My sons should be brought back here and the verdict should also be given here. Why was the case reopened after the Sindh High Court gave its verdict?” she questioned.

“I know how much stress Dua’s parents went through when their daughter left. They are like my sister and brother and I request them to forgive me,” she added.

She went on to say that Zaheer wished to marry Dua, to which, I stopped him and told him that he should focus on his studies.

“They both are responsible for this marriage,” she said, adding that “when Dua came back from Karachi, Zaheer wanted to send her back but she refused”.

“Both the kids love each other and I think that we shouldn’t ruin their relationship. I will ask Dua’s parents to forgive her as well,” she added.

Earlier this week, Dua was brought back to Karachi and was presented before a judicial magistrate in the city court by police officers on Wednesday.

During the hearing, the court had stated that the order to present Dua was to ensure that the environment is right and that she should not be presented until other court orders.

The judicial magistrate had directed the public prosecutor to present the teenager only when the court orders.