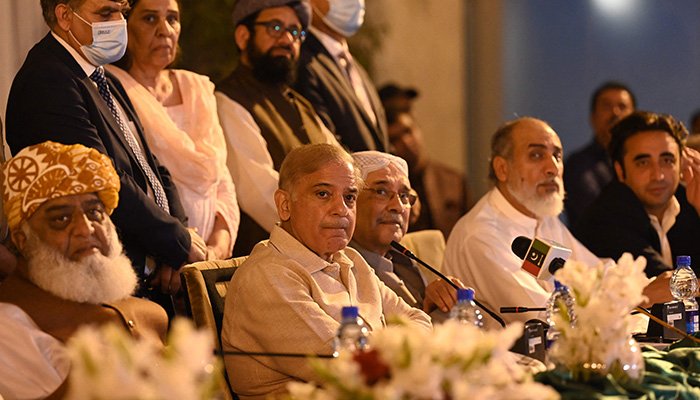 ISLAMABAD: The Pakistan Democratic Movement (PDM) chiefs will meet today (Thursday) to chalk out a future strategy after the 11-party coalition suffered a major setback in Punjab.

The Supreme Court has instated PTI Chairman Imran Khan-backed Pervez Elahi as Punjab’s chief minister and removed PML-N leader Hamza Shahbaz — whose party is the major stakeholder in the coalition — from office.

But that’s just the top-tier leaders talking. Governor’s rule, according to experts, cannot be imposed easily as the move will require strong grounds.

In light of the fast-changing environment, the PDM chiefs will meet today at the PML-N Secretariat at Chak Shahzad in Islamabad, where they will exchange views on the country’s ongoing political situation.

Following the defeat in Punjab, PML-N supremo Nawaz Sharif wants an early general election as he has discussed the option of leaving the government in the Centre with the senior party leaders.

The option, according to sources, has been discussed multiple times between Nawaz, Prime Minister Shehbaz Sharif, senior party members, and the coalition parties in the PDM.

The PML-N leader believes that staying in government could create more problems instead of resolving the issues when there is no genuine support for the ruling coalition from the state organs, sources said.

The PDM leaders, including Maulana Fazlur Rehman and Asif Ali Zardari, have opposed the idea, but after the recent change in circumstances — SC’s verdict in the Punjab chief minister case — there is a strong possibility that the ruling coalition enforces the idea, sources said.