Why haven’t revised petrol prices in Pakistan been announced yet? 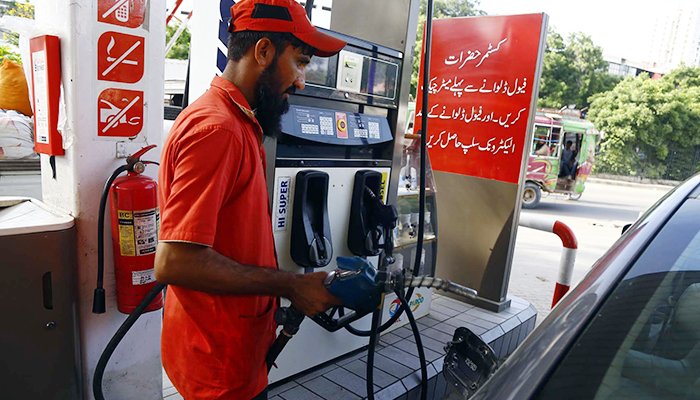 ISLAMABAD: Petrol prices, which are revised fortnightly in Pakistan, have not been changed yet as Prime Minister Shehbaz Sharif has yet to give his directions, sources told Geo News Thursday night.

Sources familiar with the matter said that the prime minister — who is currently in Samarkand, Uzbekistan — has the authority to approve changes to the price of petroleum products.

But PM Shehbaz is attending the Shanghai Cooperation Organisation’s (SCO) Council of Heads of State (CHS) summit, where he also held meetings with Russia’s Vladimir Putin, Turkey’s Recep Tayyip Erdogan, and others.

The News reported that the price of petrol was likely to drop from Rs235.98 per litre to Rs226.36 after a cut of Rs9.62 per litre for the next fortnight.

However, a slight increase of Rs3.04 per litre is expected in the price of diesel, taking the rate up from Rs247.26 per litre to Rs250.30 for the said duration.