What is governor’s rule and is Punjab moving towards it? 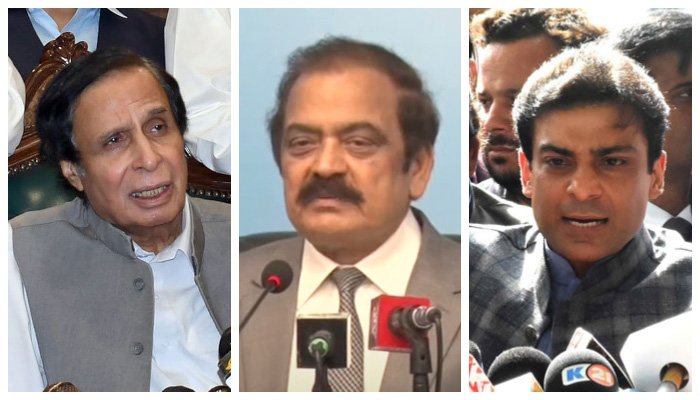 In light of the Supreme Court’s decision to remove PML-N leader Hamza Shahbaz from the chief minister’s office and instate Pervez Elahi to Punjab’s top office, the federal government has warned of imposing governor’s rule in the province.

Interior Minister Rana Sanaullah, addressing a press conference Wednesday, said: “The summary to impose governor’s rule is being drafted, and I — personally — have started work on it.”

But can it be done given the situation in the country?

Lawyer and anchorperson Muneeb Farooq, speaking to Geo News, said that “governor’s rule is used as a symbolic terminology” in the country.

“There’s a provision — Article 232 — in the Constitution of Pakistan about an emergency situation and imposed in highly extreme circumstances,” he said.

“The President of Pakistan issues the notification in this regard and after his satisfaction that there are certain circumstances in the country like there’s is an internal disturbance or war-like situation which is not under the control of provincial administration.”

In this situation, he said, the federal government exercises its powers vested to the Ministry of Interior.

“But, there must be a strong case for this. There’s no violence here right now, yes, political polarisation is here and we all must be very careful in language.”

The anchorperson advised that the federal government should now show restraint as there’s a new government in Punjab and Sanaullah should not be provoked as well.

He added that PTI leaders such as Fawad Chauhdry and Shahbaz Gill — who don’t have anything at stake — must not give provocative statements.

“Mistakes may have been committed from the PML-N as well but this provocation might lead to a major disaster and anyone could be a casualty. Both the parties should learn to co-exist and respect each other’s mandate.”

He further said that if any misadventure is committed without any basis, then it would be challenged in court and may be struck down. It will only increase political polarisation.