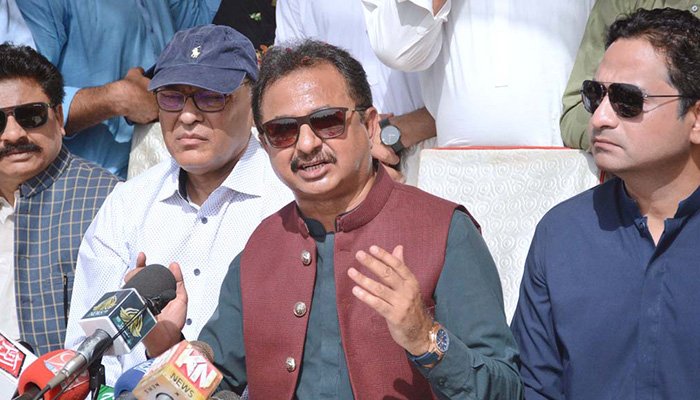 The PTI leader went to the anti-corruption’s office in Jamshoro to record his statement in a case pertaining to allegedly raising a loan from a bank on the basis of fake property documents.

The institution, as he recorded the statement in the office of Deputy Director ACE Zeeshan Memon, arrested him, according to sources.

This is the second time this month that the ACE has arrested Sheikh in the case.

The ACE had arrested Sheikh on July 6 from Lahore, but later, the Lahore High Court (LHC) ruled the detention of the opposition leader in the Sindh Assembly to be “unlawful” and granted him protective bail.