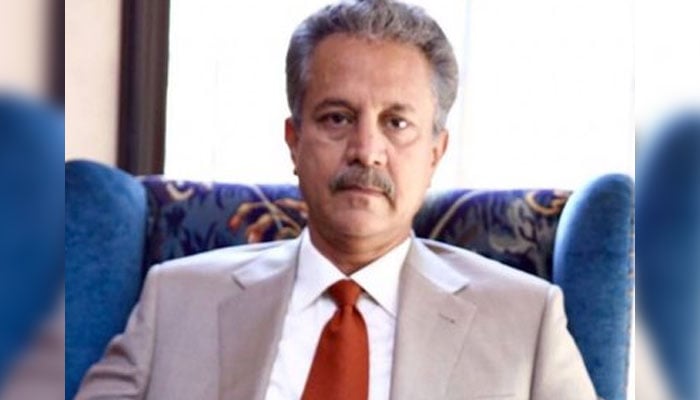 LONDON: MQM-P leader and former Karachi mayor Waseem Akhtar has apprised the UK court that he emailed a draft of the party’s 2015 constitution to Altaf Hussain in London, but didn’t read the contents of the constitution or email.

Appearing as a witness for the claim of MQM-P against the MQM founder to snatch control of seven London properties, the former Karachi mayor admitted that he had instructed Syed Sardar Ahmed to prepare a draft of the 2015 constitution of the MQM and later emailed it to Altaf Hussain in London at the International Secretariat.

Akhtar was giving evidence before the Properties and Business Division of the High Court against the party’s founder who is battling a claim from MQM-P over the control of seven trust properties worth over £10 million.

Insolvency and Companies Court (ICC) Judge Clive Jones heard from Akhtar, who appeared via video link from Karachi, about the 2015 constitution that is at the heart of the claim.

In the covering email letter with the draft constitution, Akhtar told Hussain that the Rabita Committee members had read the contents of the constitution and agreed with it.

During the cross-examination by Hussain’s lawyer Richard Slade KC, Akhtar admitted that he didn’t read the draft and emailed it without going through the contents — which gave absolute powers to Hussain and allowed him to hold properties of the MQM in the name of a trust built for him for the same purpose.

Akhtar initially said that he was unaware of how the constitution was drafted and disseminated but was reminded through an email and he accepted he sent that email.

He told the court: “We used to listen to Altaf Hussain with respect but we worked under the party constitution and followed it. Instructions were passed by the London office to Sardar Ahmed to draft the constitution. The MQM Rabita Committee was happy with the constitution that was sent to London. The draft constitution strengthened the position of the founding leader.”

When asked why he had not read the draft, Waseem Akhtar said he was “heading other duties, mainly doing administrative duties”.

Replying to another question, Akhtar said the draft was sent to MQM’s International Secretariat through a courier.

When asked if he recognised the draft constitution submitted in the court by IT Minister Syed Aminul Haque, which carried hand-written changes and also had Akhtar’s signatures, he told the court he didn’t recognise those signatures and the changes made to the draft.

Akhtar said he admitted he had sent the draft to London but stressed that the Rabita Committee had not accepted it.

Haque has brought the case against Altaf Hussain to gain control of the following seven properties: Abbey View in Mill Hill; 1 High View Gardens in Edgware; 5 High View Gardens in Edgware; 185 Whitchurch Lane in Edgware; 221 Whitchurch Lane in Edgware; 53 Brookfield Avenue in Mill Hill and 1st Floor Elizabeth House in Edgware which used to be the MQM’s International Secretariat. The MQM-Pakistan has asked the UK High Court to give control of these properties to MQM-Pakistan as Altaf Hussain is no longer eligible to control these trust properties after the MQM was taken over by the Pakistan chapter of the MQM.

The claim and defence revolve around MQM’s constitution.

The MQM-P maintains it’s the real and only MQM which is a continuation of the MQM that existed on August 22, 2016, and onwards after MQM in Pakistan separated ways from Hussain in London.

The MQM-Pakistan says that it is governed by the original party constitution of 2012, which empowered Hussain, but which was amended in August 2016 to disempower Hussain.

The MQM-Pakistan said it amended the constitution on August 22, 2016, removing the powers of Hussain and that the MQM-P didn’t need Hussain’s approval under 9-B as the two-third majority approved it.

At the same trial, Haque revealed that he lost control of his email address around half-a-year ago which he has not been able to recover and that the MQM’s 2015 constitution that formed the basis of his claim at the English court against the MQM founder was actually fake.

Haque, who has brought a claim against Hussain to take control of seven London properties from him, admitted that he started his case against Hussain in October 2019 on the basis of MQM’s 2015 constitution as a valid constitution but realised a year later that the valid and real constitution was that of 2016 and not 2015.

The first part of the trial continues at the London High Court.