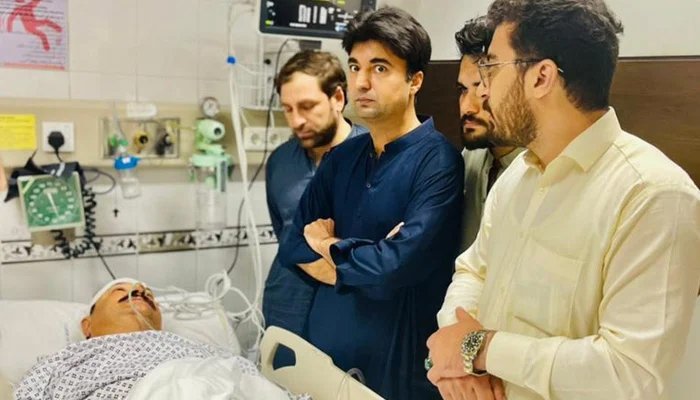 PESHAWAR: An attack on a member of the Khyber Pakhtunkhwa Assembly Malik Liaqat Ali in Lower Dir and attacks on police in Matta and other parts of Swat are a matter of serious concern for the government and the law-enforcement agencies.

After trouble was witnessed in many southern districts and some towns in central Khyber Pakhtunkhwa in the last months, things have started deteriorating in the north where peace had been greatly restored and tourism had started to flourish in recent years.

The situation was much better in Malakand Division till PTI MPA Malik Liaqat was attacked last week. His brother and nephew were among the four people who died in the attack in Dir. The MPA was critically injured.

Attacks were reported on police posts in Swat a couple of days later and then a video appeared on social media in which an army officer and a police officer were taken hostage.

Hundreds of people in Dir the other day took to the streets and marched for peace, asking the government, police and army not to let anyone disturb the peace in Malakand Division once again.

The police chief of the province visited Dir as well as other areas and chaired meetings of the local police after the recent attacks.

“We will achieve good results soon,” Inspector General of Police Moazzam Jah Ansari told The News. He added that meetings at the senior level were going on to address the issue properly.

Some elected representatives from Malakand have already expressed concern over the situation.

Meanwhile, JI MPA from Dir Inayatullah, said: “I have submitted an adjournment motion in the KP Assembly on deteriorating law and order in Malakand and erstwhile Fata.”

“There is a sense of insecurity among the residents of the Malakand Division. It is our duty as elected representatives to raise our voice for our people.”

Other lawmakers also expressed concern as well as support for police in their efforts for peace.

“Stand with our KP Police and other security agencies who are fighting the menace of terrorism in Swat and elsewhere in KP. We cannot under any circumstance, great game or no game, allow our province to plunge back into the fires of terrorism,” tweeted PTI MNA from Peshawar, Sher Ali Arbab.

A source informed that the situation had worsened in the southern districts for a long time but no solid measures were taken to stop target killings and other terrorist incidents.

Many incidents were reported in Peshawar and Khyber in the last many months but nobody could put an end to the increasing attacks.

The situation in southern towns, especially North Waziristan, was bad for a long time.

On many occasions, local elders and politicians took up the issue and even staged protests but there was no end to target killings and other incidents.

“There were 186 incidents reported in North Waziristan from 2019 till June 2022. If compared with any other merged district, the number of such incidents was 56 in South Waziristan, nine each in Orakzai and Kurram, 16 in Mohmand, 12 in Khyber and 61 in Bajaur since 2019,” a source informed.

Policemen and personnel of other law-enforcement agencies continued to come under attack in many southern districts, which speaks volumes about the deteriorating law and order.

The number of attacks on police have not only increased in southern districts but also in Peshawar and some other towns in the last almost one year.

As per the official statistics, attacks on police in KP during the current year has already surpassed the number of cops martyred in any entire year since 2016.

As many as 63 cops were martyred in target killings and other attacks during the first seven months.

Apart from target killings by the armed attackers, a number of police stations, posts and vans have been attacked with grenades in the last several months.

The offices of superintendent of Police Saddar in Peshawar, as well as DSP Badaber, have also come under grenade attacks in recent months.

“There is a need to strengthen the Counter-Terrorism Department, the Special Branch as well as the Intelligence Bureau for effective intelligence mechanism all over KP. Besides, the cops who led from the front during the militancy need to be brought from other provinces, forces and districts to play an effective role in the restoration of peace,” a source said.

According to the statistics, during all these troubled months, most of the attacks were carried out in the Dera Ismail Khan region, followed by Bannu, Peshawar and Mardan divisions.

Hazara and Malakand divisions remained more peaceful compared to any other range before two major incidents were reported in Lower Dir and Swat within a couple of days, setting the alarm bells ringing at the offices of federal and provincial governments and law-enforcement agencies.

The two incidents are feared to affect tourism in Swat, Chitral, Dir and many other parts of the Malakand Division, where hundreds of thousands of tourists have visited Kalam, Malam Jabba, Kumrat, Shandur and many other tourist spots during this summer.