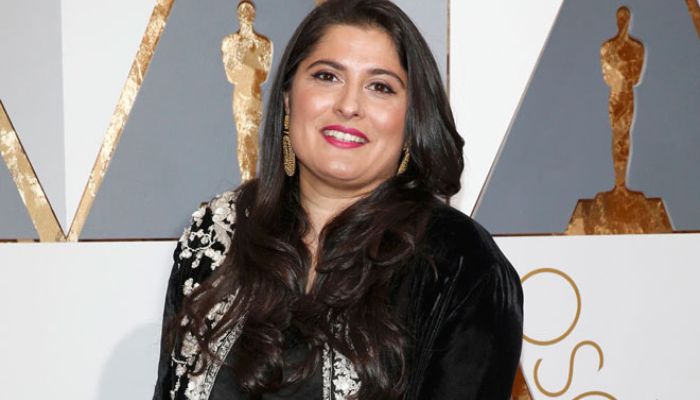 Geo.tv caught up with the filmmaker recently to discuss her smash foray into the Marvel Cinematic Universe (MCU) and more. Excerpts:

How was it that you got involved with Ms. Marvel and what was the experience like?

Sharmeen Obaid-Chinoy: It is the biggest budget project that I have directed, for sure. It is truly special to be a part of the filmmaking team that brought Kamala Khan to life and changed the way we all see superheroes—especially women superheroes. So much of my own world, life and experience have been brought into the MCU through Ms. Marvel with the sets and locations, textures and fabrics, music, food, and culture. I loved the fact that I had free reign in creating this brand-new world for Kamala Khan. I think there was a method to Marvel’s madness in bringing me on for Episodes 4 and 5.

Just before the pandemic hit, I flew to L.A. and met with the Marvel President [and executives] and gave a detailed presentation right down to what Kamala should be wearing. I thought about how this superhero would change the way my own daughters see superheroes and see themselves in this divisive world that we live in. I thought about how I’d want to shape the character and how I would bring authentic voices to help Kamala tell her story.

Sharmeen Obaid-Chinoy: Doing Ms. Marvel came with the enormous sense of responsibility to tell the story—of my city, my country, of Partition—in the manner it deserves. Things I have done in my life prepared me to tell this story. When you make documentary films you’re always trying to figure out what the story is and how it’s going to end. It’s almost like a mystery in some ways.

In narrative filmmaking, you’re handed a script. You know how the film ends. Initially, I had to do a lot of homework: How do we work with stunts and visual effects to tell this story that has a large cast of characters? Marvel did a wonderful job of orientation, bringing me in to meet with different teams. I gained an understanding of what technology was being used in the effects, working with stunts, and how the fights would be choreographed. We did a lot of preproduction and when the call to action came, I was ready to go.

You were born and raised in Karachi and worked tirelessly on the Citizen Archives of Pakistan. How did these aspects of your life affect both of your episodes?

Sharmeen Obaid-Chinoy: I grew up listening to stories of Partition and 15 years ago I started the Citizen Archives of Pakistan, whose sole aim has been to collect Partition stories. When she was on the railway platform, I wanted Kamala to feel as if she was listening to snatched-off real conversations. We have never really shown Partition—one of the largest mass migrations in the world—in Hollywood, and we have rarely ever shown it otherwise.

To show it as part of the MCU meant that we had a greater responsibility to tell that story in the truest manner. So when you bring superheroes into that world you have to bear witness to that history in the most authentic manner. When Kamala entered the Partition period and walked onto that platform I recreated every frame from a photograph from 1947. In recreating Karachi, I thought about all the landmarks that I had visited when I was growing up and the things that meant most to me. I wanted the audience to walk the streets of Karachi through my lens. Karachi is always seen through this yellow filter, and I wanted people to see what Karachi is, bright and colorful and vivacious.

What was the experience like of working with such a big studio and how do you feel this will potentially affect your future work as an artist?

Sharmeen Obaid-Chinoy: I’m looking at several narrative projects now. I remember one day standing on set looking around and seeing the chaos that ensues when you have multiple teams, having to film with effects and stunts, all while having to work on a dramatic scene. I thought this has the same energy I feel when I’m on a documentary—chasing a character, doing a sequence where a character is on the run from someone. The thrill of capturing the story is very much the same.

Ms Marvel episodes have been playing in local theaters. How do you feel about the response to the show here in Pakistan?

Sharmeen Obaid-Chinoy: Pakistan has embraced Ms. Marvel in the most wonderful way. It is a true celebration of our culture, our food, our language, our music, and who we are as a people. For the first time in Hollywood, Pakistan has emerged with the same vibrancy we see on our streets. I think Pakistanis are celebrating a superhero they feel connected to.

Can you talk about some of your upcoming projects?

Sharmeen Obaid-Chinoy: I’m particularly excited about a number of projects we are developing for the 75th year of Pakistan’s anniversary. We are creating hybrid versions of the [immersive installation] Home 1947, which we released five years ago, and we are taking them around the world.

Ahmed is a freelance contributor based in Islamabad.