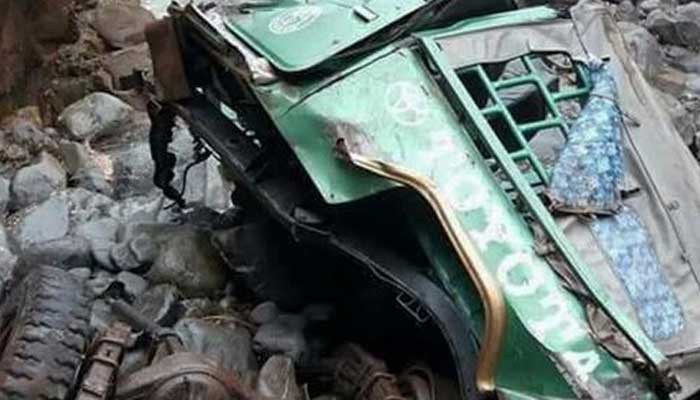 MUZAFFARABAD: At least six women died and seven others — including the driver — suffered injuries when a jeep carrying voters fell into a deep ravine in Azad Jammu and Kashmir’s (AJK) Neelum Valley on Sunday.

According to police, the ill-fated jeep with female voters on board skidded off the road and fell into a deep ravine in Dudhnial area of the valley.

After being informed, the police launched a rescue operation immediately and shifted the injured and the bodies to the hospital, said the officials.

Six female voters succumbed to their injuries on the spot, the police said, adding that among the injured, six were in critical condition at the hospital.

AJK Prime Minister Sardar Tanveer Ilyas expressed deep grief and sorrow over the tragic accident which resulted in the death of six women and injuries to seven others. He termed the accident as “heart-wrenching”.

Taking to his Twitter handle, the president said that he has directed the local admonition to provide every possible cooperation to the injured.

It is pertinent to mention here that after 31 years, the first phase of the local government elections was held in the valley today.

9 diseases that keep epidemiologists up at night