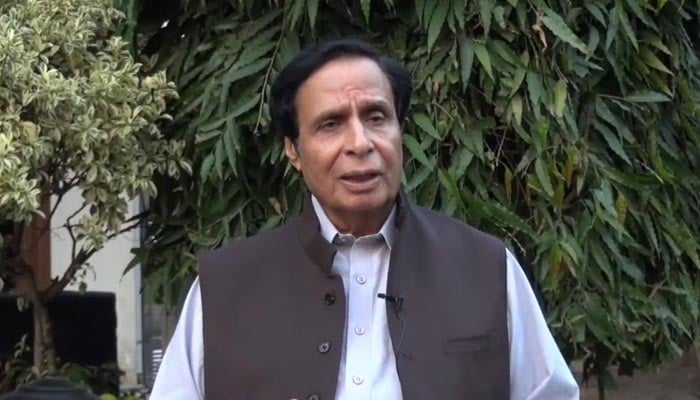 “Imran Khan entrusted the Punjab government to [me]. We stand with those whom we support,” the chief minister — whose party, PML-Q, is an ally of the PTI — said in a video statement.

The chief minister of Pakistan’s biggest province warned the Shehbaz Sharif-led coalition government in the Centre that in case PTI and its allies exit the country’s assemblies, then their “government, which expands over a mere 27kms, won’t last for the next 27 hours”.

The PML-Q’s senior leader added that Khan’s plan entered its “decisive round” during the Rawalpindi jalsa on Saturday and that once the PTI and its allies start resigning from the assemblies, the Pakistan Democratic Movement’s (PDM) government would start falling on its own.

Elahi’s statement came after Khan — who has ended the long march — told a charged rally in Pindi that his party had decided that they would not remain a part of the “corrupt political system“, and quit all the assemblies.

“Instead of destruction and ransacking, we have decided to quit the assemblies and come out of the corrupt system, wherein the powerful and billionaires get their cases are written off and the poor rot in jail,” he said.

Moving on, Elahi came down hard on the PML-N “show-offs” and warned them that once country-wide elections are held, they would receive unprecedented defeat that would be remembered for generations to come.

The Punjab chief minister claimed that Pakistan would be ruled in line with Islam and that with every passing day, his government would ensure that it undertakes projects to benefit the common people.

Khan has called off his long march to Islamabad, but has not announced when will he quit the assemblies. Although, the PTI chief said that he would hold consultations on the date later on.

The PTI began its long march toward the federal capital on October 28 in an attempt to force the coalition government to early elections. The march was abruptly stopped on November 3 after Khan was wounded in an assassination bid.

It was later resumed from the same point but led by PTI leader Shah Mahmood Qureshi. Khan then joined his supporters a day earlier, when he called off the march.

Taking to Twitter earlier today, the PTI chief said: “I want to thank all the people who came in such huge numbers from across Pakistan to our Rawalpindi Azadi March yesterday.”

“Our Tehreek will continue until we establish rule of law and real freedom,” he added.

“Khan will not be able to decide about dissolving the assemblies,” he said during Geo News programme “Naya Pakistan”.

The PML-N stalwart added that the PTI cannot do so if a no-confidence motion is moved.

“Do they think the opposition will sit watch?” the interior minister questioned, adding that elections should be held on time and assemblies should remain intact.

Sanaullah also said that Khan’s decision to dissolve assemblies is his “announcement of defeat”.

Meanwhile, Foreign Minister and PPP Chairman Bilawal Bhutto-Zardari called PTI’s march a “facesaving flop show” as he claimed that the former premier was unable to attract his supporters in large numbers.

“Unable to pull revolution crowds, failed at undermining appointments of new chiefs, frustrated, resorts to resignation drama. Imran demand from pindi is not azadi but to be reselected. How long will KP&Punjab be used as political props?” he wrote.