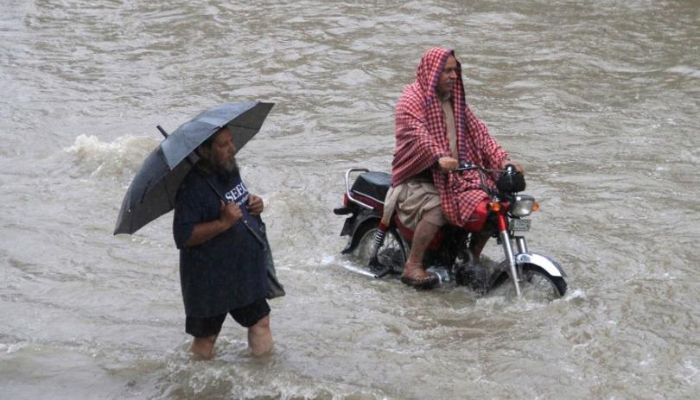 Sindh, especially Karachi, is likely to receive “above normal rain” in the coming days as a new monsoon system is likely to enter Pakistan, Pakistan Meteorological Department forecast on Thursday.

According to Chief Meteorologist Sardar Sarfaraz, Sindh could be affected by a monsoon system from tomorrow. Sindh, especially Karachi, may receive heavy rainfall as a result of the new system, he said.

“There are chances that Karachi will see intense showers between August 6 and 9,” he said.

According to the forecast, Thatta, Badin, Sajawal, Umarkot, and Tharparkar, are also expected to receive heavy rains.

On August 11, rain is expected to return to Karachi and the system may continue to impact the weather till August 15, said the chief meteorologist.

In the weather outlook for the month issued by Pakistan Meteorological Department, La-Niña was said to be prevailing “and is likely to continue with weak intensity during August”.

The Indian Ocean Dipole (IOD), also known as the Indian Niño, is expected to remain in negative state, with increasing intensity towards the end of the forecast month.

Based on the global and regional circulation patterns, the countrywide outlook for Pakistan in August is a tendency for “above normal precipitation” over most parts of the country.

Northeastern Punjab, Kashmir, southern parts of Sindh as well as coastal areas of Balochistan are expected to receive “above normal” rainfall during the forecast month.

Due to extreme hydro-meteorological events over catchments, riverine floods can’t be ruled out.

Above normal temperatures in high altitudes are likely to increase rate of snowmelt in the Northern Areas subsequently increasing the chances of base flow in the Upper Indus basin.