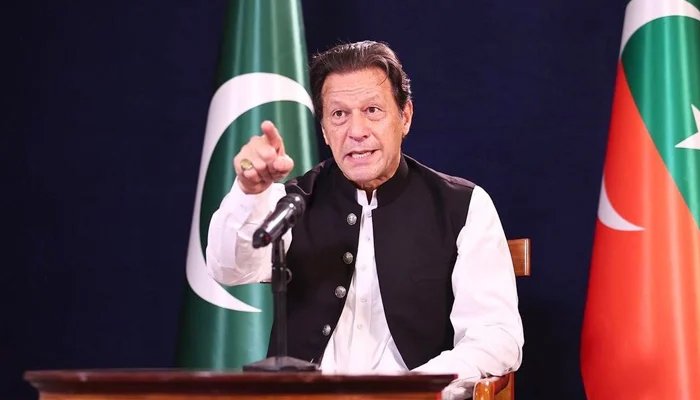 PTI Chairman Imran Khan announced a change in the party’s protest venue on Wednesday urging supporters to gather in Islamabad’s F9 Park to demonstrate against the Election Commission of Pakistan and Chief Election Commissioner Sikandar Sultan Raja, instead of outside the body’s headquarters.

“Today I am calling all our people to come out in peaceful public protest against CEC & ECP in F9 Park at 6pm,” he wrote in a message of Twitter.

The former prime minister said he will be addressing the gathering between 7pm and 7:30pm.

In anticipation of disturbance by protesters, Islamabad’s district administration sealed the Red Zone and placed containers at the entry points of the federal capital.

Personnel of law enforcement agencies including anti-riot force, Rangers, FC and police have been deployed around the Red Zone.