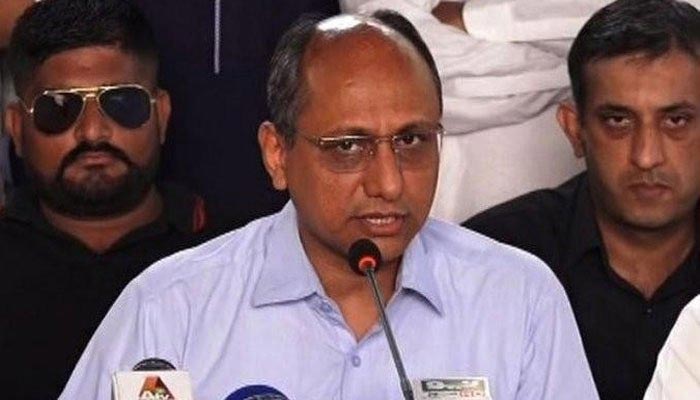 Sindh Labour Minister Saeed Ghani claimed on Wednesday that the people of Karachi exaggerate their issues and blamed them for the issues being faced by the city.

The minister said that the citizens of Karachi magnify their problems by 100 times while talking about them.

Criticising the citizens, Ghani said that Karachi is the only city in the world where people themselves block the sewage lines, puncture the water connection and destroy the street lights.

The human resources minister claimed to have proof of these incidents. However, he neither talked about how to solve the problems nor did he inform of taking any action against those creating the problems.

Street crimes in Karachi skyrocket in 2022

The statement of the minister comes as more than 56,500 cases of street crime have been reported in Karachi during the current year.

Over 19,000 mobile phones were snatched from citizens, while 104 cars were forcefully taken and 1,383 bikes were stolen.

Around 35,000 citizens were deprived of their motorbikes during various incidents in the city.

On the other hand, at least 56 people have lost their lives while resisting street criminals and 269 were injured as a result.

Around 303 cases of house robberies have been reported in Karachi.