Rupee expected to stabilise at 240 against dollar 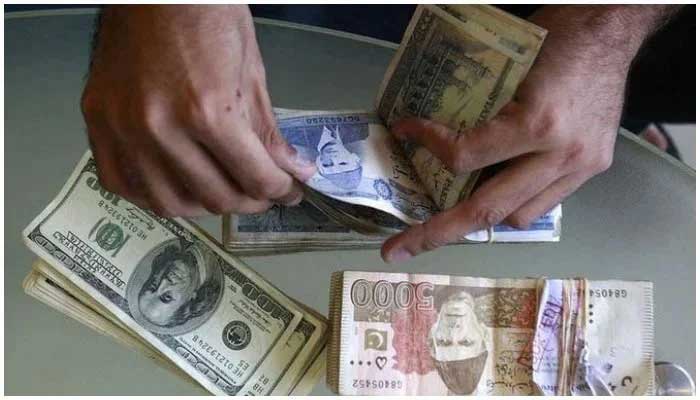 KARACHI: Owing to an improvement in dollar inflows from exporters and remitters and some ease in the political uncertainty the country had been surrounded by, traders are hopeful that the rupee is likely to retain its current level of 240 against the greenback in the coming week.

Foreign exchange reserves held by the State Bank of Pakistan have fallen by $7.811 billion since February to $8.575 billion in July, enough to pay around six weeks of imports.

“We see the rupee to stabilise at 240 levels in sessions ahead if there is a match between the inflows and the outflows. The rupee may draw support from remittances and export proceeds,” said a foreign exchange trader.

In the last four months, the local unit has depreciated by about 60 rupees. The rupee has emerged to become the worst performing currency along with the Turkish Lira and Sri Lankan rupee.

Having a grip on the currency is important otherwise the balance of payments crises may spill over uncontrollably into other aspects of the economy, including closure of manufacturing units, runaway inflation and law and order situation, said Tresmark in a research note.

“This week, our view is that the worst of the currency movement is behind us. We also believe that the IMF approval will go through in the next two weeks (before August 24 indicated), but if we do not receive some verbal reassurance in the coming week, then the government will need to come up with a Plan B,” it said.

The rupee is expected to consolidate. However, to estimate a target for the rupee, it is still needed to dissect the rapid deterioration of the rupee. If it was a devaluation (intentional or one of the prior actions of the IMF), then there’s very little chance of a recovery, according to Tresmark.

“However, if the weakening was adjusted to compensate for the extraordinary outflows in the last month, then there will be a gradual recovery of the local currency. If it is the latter, then a conscious effort to bring dollars down should also be made as it will breathe confidence into a desperate situation.”

The State Bank of Pakistan has taken certain measures to choke imports and this will start paying off in the current quarter. The projected current account deficit for the July to September quarter is only $235 million, it said.

Pakistan has been in the grip of political uncertainty since ousted Prime Minister Imran Khan won by-polls in the Punjab province.

“There seems to be a window provided by all stakeholders to get the house in order before an inevitable resumption of political manoeuvring,” it added.