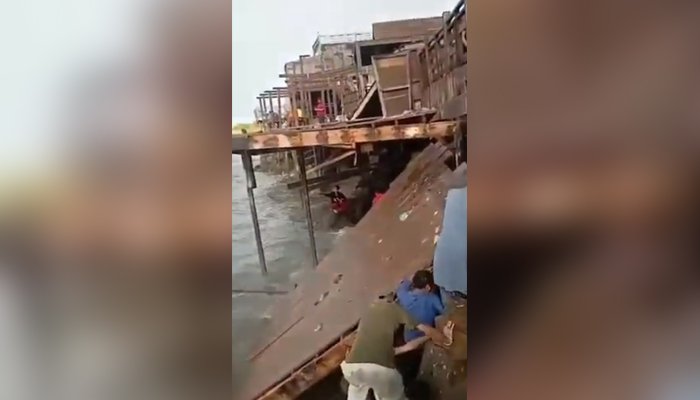 KARACHI: An “abandoned” restaurant’s portion collapsed and fell into the sea at the metropolis’ famous spot Do Darya, police said Monday after heavy rains lashed the city.

The official statement came after videos circulating on social media showed that the deck near the sea had collapsed, with people seemingly trying to rescue the ones who had fallen down.

But Senior Superintendent of Police (SSP) South Asad Raza said that no loss of life has been reported, while the police were informed that the restaurant has been “abandoned” for the last 12 years.

Several restaurants are located on the food strip by the sea.

The development comes after heavy rains pummeled the metropolis, dealing heavy damage to the infrastructure and killing dozens.