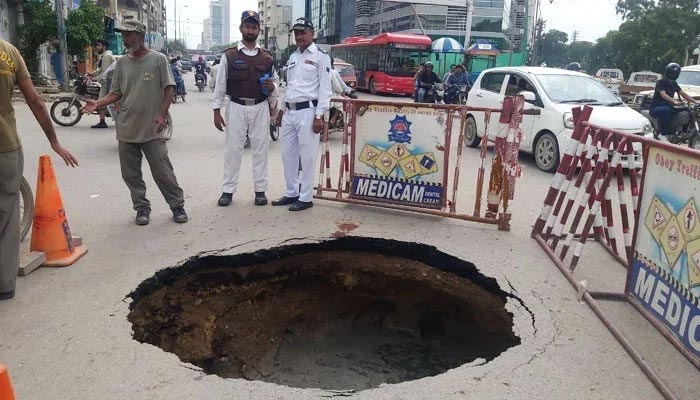 According to Administrator Karachi Murtaza Wahab, the repair work began immediately and continued nonstop the next day.

However, citizens found that the workers have been lagging to fix the sewage line. Due to the repair work, traffic flow has been suspended from five main highways at this central location of the city.

A strong flow of water from the sewer line was also visible from a pit about ten feet deep from the road.

Just ahead of the first Islamic month of Muharram, a huge area around Haqqani Chowk, where a lot of Muharram processions and Majalis take place, is blanketed with sewage.