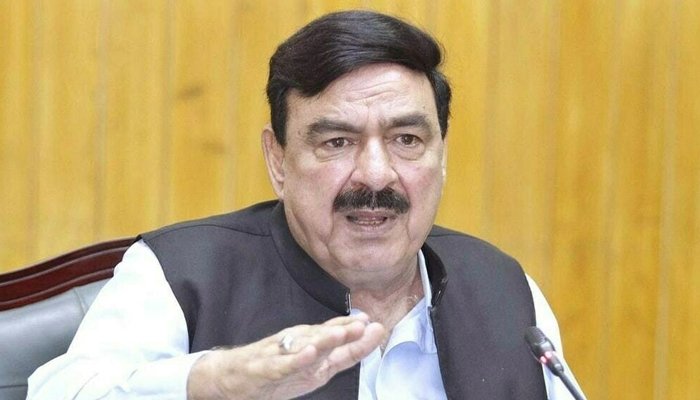 RAWALPINDI: Former interior minister Sheikh Rasheed said Friday that an “agreement” has been reached, and the general elections will take place in October.

In a series of tweets, the AML chief said instead of by-elections, general elections will take place and the nation will be informed about the constitution of a new election commission and a caretaker government.

There are speculations over the possible collapse of the federal government since PTI’s Punjab triumph, where it defeated PML-N in by-polls and also got its chief minister instated, but the Pakistan Democratic Movement (PDM) cleared any rumours by saying that elections will take place on time.

In a jibe at PPP Co-chairperson Asif Ali Zardari, who is in isolation after contracting COVID-19, the AML chief said that those in quarantine have also agreed to hold elections.

“…only [JUI-F chief] Fazlur Rehman is left,” he said, implying that the coalition partners have agreed to hold snap polls and only the alliance’s chief, Fazl, is resistant.

Criticising the ruling parties, Rasheed said their political credibility had come to an end and they cannot flee, cannot go to the people, and cannot bring their people — in an indication towards PML-N supremo Nawaz Sharif — back to the country.

“Now, the people will decide. They [government] have made a mockery of the assembly and democracy. The crisis is now shifting from Sri Lanka to Pakistan,” he added.

In its meeting held in Islamabad Thursday, the PDM leaders announced their decision to complete their term and rejected the PTI demand to dissolve assemblies and call early elections.

The PDM leaders’ discussed the current political situation in the country arising after the Supreme Court verdict in the Punjab chief minister’s election case.

They passed a resolution which stated that with the interpretation by the SC in its recent decision, unrest, confusion, chaos, and political crisis have been created in the country, resulting in an economic crisis.

The PDM meeting reiterated that the coalition government would complete its tenure, and the general elections would be held on time.

“The wrongdoings of the Imran Khan government cannot be undone in a year; therefore, elections will be held on time and the mess created by the previous regime will be cleaned up in the next five years,” the resolution said.

As the political crisis deepens, according to sources, the establishment is considering a “soft intervention”. The situation has given way to the likelihood for the next general elections to take place soon, with the sources putting the time frame at October.