PML-Q decides to remove Shujaat to ‘save party from destruction’ 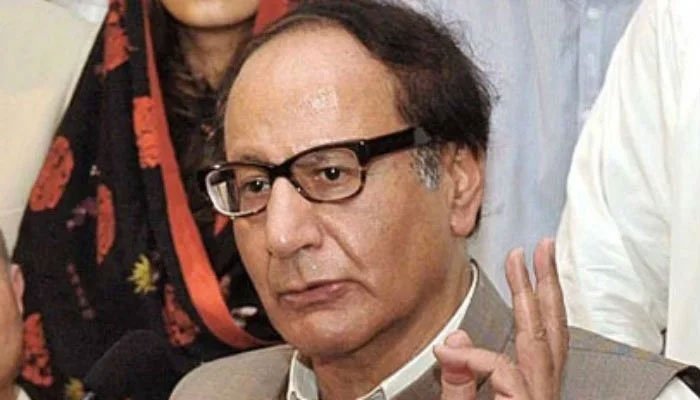 The decision to remove Shujaat from the party command was taken at a CWC meeting headed by Senator Kamil Ali Agha in the chair at the Muslim League House on Thursday.

“It has become necessary to isolate Ch Shujaat to save the party from destruction,” said Kamil Ali Agha while talking to the media after the CWC meeting. Ch Shujaat has been the PML-Q president for the last two decades after Mian Azhar. He also served as a prime minister and senator.

The PML-Q got divided into two camps over the issue of joining hands with the PTI and PML-N. Chaudhry Pervez Elahi, Chaudhry Moonis Elahi and most of the party stalwarts sided with the PTI while Chaudhry Shujaat, Salik Hussain and Tariq Bashir Cheema supported the PML-N.

The meeting decided that under Article 118/119 of the party’s constitution, polls would be held within 10 days. Later, talking to the media, Senator Kamil Ali Agha said it was really an ‘unpleasant’ situation for everyone associated with the party.

He said what had happened to the party in recent days was before everyone. He said the decision had been taken in the party’s interest, adding Ch Shujaat had lost decision-making powers because of ill health. He said due to a conspiracy hatched by Salik Hussain and Tariq Bashir Cheema, a letter was used to ask PML-Q MPAs to vote for the PML-N that damaged the party repute.