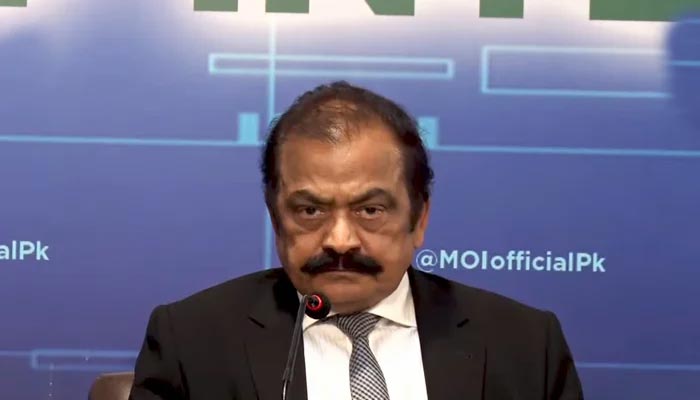 PTI senior leader and party chairperson Imran Khan’s aide Gill was taken into custody for inciting the public against state institutions, a spokesperson of the Islamabad police said on August 9.

Sources privy to the matter said that the interior minister contacted IG Dr Akbar Nasir to get the details related to Gill’s case.

Sanaullah stopped the inspector-general from arresting Gill’s driver, said the sources. He also expressed his displeasure over the arrest of the driver’s wife.

On Thursday, the police took the wife of Gill’s driver in custody after they raided the latter’s residence to recover the PTI leader’s mobile phone for investigation in the sedition case being pursued against him.

The PML-N leader directed the inspector-general in case of any non-cooperation, adding that permission should be taken before the raid.

“The sanctity of the house should be taken into account during the raid, and the law should be strictly followed while arresting the driver and collecting the evidence,” he added.

Discouraging the arrest of women, Sanaullah said that this does not meet the party’s policy and shouldn’t be encouraged.