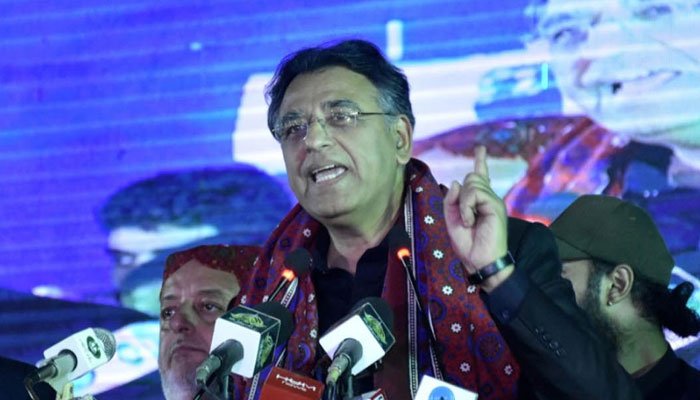 PTI Secretary General Asad Umar claimed on Friday that a police van came to his house to ask about his whereabouts.

“Some time ago, a police mobile came to my house and asked people working with me whether Asad Umar lives here. Let’s see what their intention is,” tweeted Umar following the incident without providing any specific details.

The PTI leader’s claim comes after his colleague Shahbaz Gill was taken into custody for inciting the public against the state institutions, last week.

Gill was arrested for a case under treason laws that was registered against him in Kohsar Police Station on the complaint of the Islamabad administration. His case is currently being heard in an Islamabad court and has been shifted to a hospital in the federal capital after the PTI claimed that he was tortured in custody.