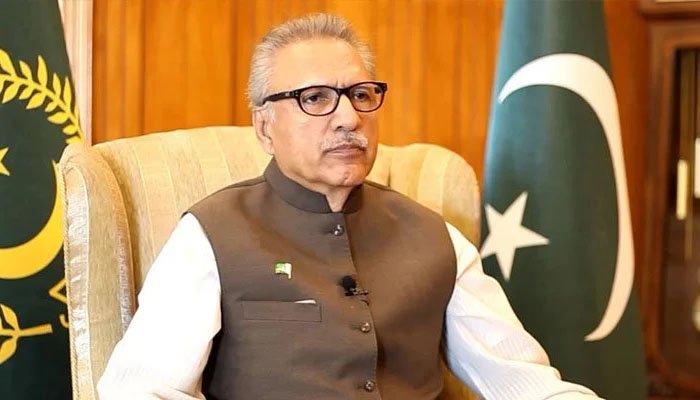 President will monitor the flood situation in Naseerabad district and relief activities after the flood wreaked havoc in the province.

According to the sources, President Alvi will be briefed about the flood situation including relief and rescue operations in Balochistan.

After visiting flood-affected areas, the President will also speak to media representatives.

Cataclysmic floods in Pakistan kill over 1,100, including 380 children

Torrential rains and flooding have submerged a third of Pakistan and killed more than 1,100 people, including 380 children as the United Nations appealed for aid on Tuesday for what it described as an “unprecedented climate catastrophe.”

“One third of the country is literally under water,” Climate Change Minister Sherry Rehman told Reuters, describing the scale of the disaster as “a catastrophe of unknown precedent”.

She said the water was not going to recede anytime soon.

At least 380 children were among the dead, Prime Minister Shehbaz Sharif told reporters during a briefing at his office in Islamabad.

“Pakistan is awash in suffering,” UN Secretary-General Antonio Guterres said in a video message, as the United Nations launched an appeal for $160 million to help the South Asian nation. “The Pakistani people are facing a monsoon on steroids — the relentless impact of epochal levels of rain and flooding.”

Guterres will head to Pakistan next week to see the effects of the “unprecedented climate catastrophe,” a UN spokesperson said.