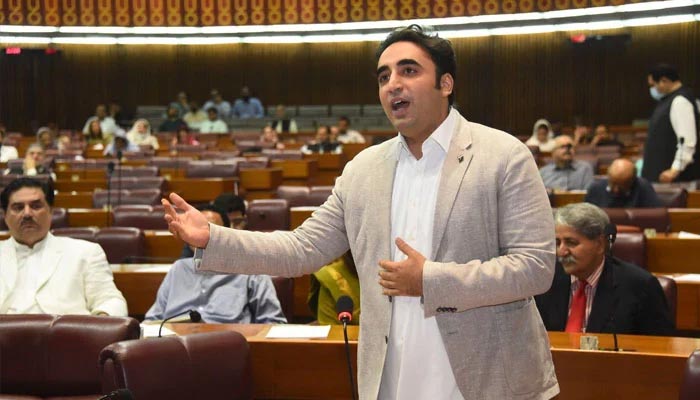 ISLAMABAD: Federal Minister for Foreign Affairs Bilawal Bhutto-Zardari Wednesday admitted that it was a “mistake on part of the PPP” to approve the 19th constitutional amendment.

“We [PPP] should have stood against those who threatened the government at that time,” he said.

Regarding the Supreme Court’s verdict announced a day earlier, Bilawal said: “It is unfair that there is one Constitution for us [coalition government] and another for the ‘ladla’ [favourite].”

The apex court on Tuesday declared PTI-backed Pervez Elahi the new chief minister of Punjab and removed PML-N’s Hamza Shahbaz from the office, calling the ruling of the deputy speaker of the Punjab Assembly during the CM’s election “illegal”. Moreover, the SC had also rejected the coalition government’s petition to form a full court to hear the case.

“Can all sins and violations of the Constitution carried out in the last 70 years be forgiven by adopting a neutral stance for one day?” he questioned, emphasising that a joint parliamentary committee should be formed for judicial reforms. “The PPP is ready for judicial reforms,” he asserted.