PML-N says Nawaz Sharif to return to Pakistan in September 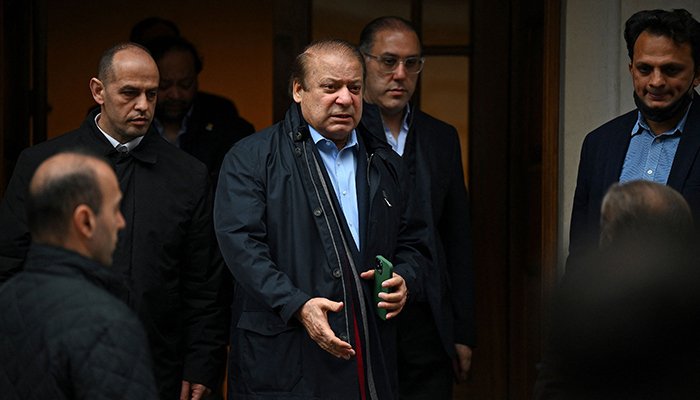 LAHORE: Federal Minister and senior PML-N leader Javed Latif confirmed Monday that PML-N supremo Nawaz Sharif — after a long hiatus — will return to the country in September to represent “the people”.

In a press conference alongside PML-N Punjab spokesperson Azma Bukhari, Latif said that the “doctors” have announced their decision and Nawaz will come back in line with their call.

“The doctors change their opinion with time. The people are his doctors; the nation has announced its decision that Nawaz Sharif should come back,” Latif said.

In 2018, an accountability court sentenced Nawaz to seven years in prison in the Al-Azizia Steel Mills corruption reference, while he was also sentenced to a total of 11 years in prison and slapped an £8 million fine (Rs1.3 billion) in the Avenfield properties reference.

Subsequently, in 2019, the Lahore High Court (LHC) after suspending his sentence, allowed Nawaz to go abroad for medical treatment. He departed for London on November 19, 2019, and since then, he never returned to the country.

Latif’s statement comes after PTI Chairman Imran Khan, during his address to his party’s jalsa in Lahore, claimed that a conspiracy was being hatched to disqualify him in the Toshakhana and prohibited funding cases to pave the way for Nawaz’s return from London.

“They have made a new plan to register new cases and disqualify Imran Khan in Toshakhana and prohibited funding cases,” he said.

“Under the conspiracy, Nawaz will be brought back to the country by the end of September […] and a character assassination campaign will be launched to malign me.”

A timeline of Nawaz’s case

Earlier in his press conference, Latif had castigated the PTI chairman, saying that “characters” like Khan have played their roles over the course of history.

“Quaid-e-Millat Liaquat Ali Khan was shot and to date, nobody knows who shot him; Madar-e-Millat Fatima Jinnah was declared a traitor and General Ayub Khan stole her elections; Nawaz Sharif was declared a highjacker and sentenced.”

He also took a jibe at former chief justice Saqib Nisar, saying that Khan alone isn’t the “criminal”, but the judge was also hands-in-gloves with him — as he gave him the certificate of “sadiq and amin”.

However, Latif noted that the PML-N always “respected” the judiciary.