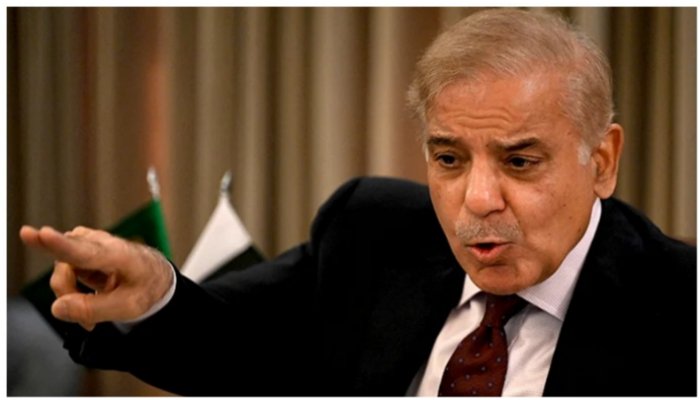 Prime Minister Shehbaz Sharif on Sunday condemned the social media campaign initiated against the martyrs of the Pakistan Army, termed it “horrible”, and asked the nation to reflect on the issue.

Taking to his official Twitter account, the premier wrote: The social media campaign belittling & ridiculing the sacrifices of our martyrs was horrifying.”

He also wrote that such incidents take place because of the holier-than-thou narrative brought forth in the name of politics.

“This is what self-righteous political narratives do: they poison the minds of the youth & weaponise hate speech. Which way are we headed?” the premier questioned.

At the end of his tweet, he stated: “The moment calls for a deep reflection.”

The PM’s tweet came after the Director-General of Inter-Services Public Relations Major General Babar Iftikhar on Friday condemned the negative propaganda on social media which took off after the helicopter crash, in which six personnel of the Pakistan Army embraced martyrdom.

“We have been distressed since the accident on August 1. The propaganda has caused immense pain, particularly to the families of the martyrs,” the ISPR said in a statement.

Emphasising that this should not happen, General Babar said that elements spreading negative propaganda and rumours should be rejected.

“Insensitive behaviour is unacceptable and should be condemned on every platform,” he asserted, adding that the Pakistan Army is grateful for the nation which stands by them and the martyrs.

On August 2, a Pakistan Army helicopter that had gone missing a day prior in Balochistan crashed, leaving six military personnel martyred, the IISPR confirmed.

The military chopper had gone missing as it was en route from Quetta to Karachi at around 5:30pm. The personnel in the chopper were overseeing the flood relief efforts in the southwest of the country.