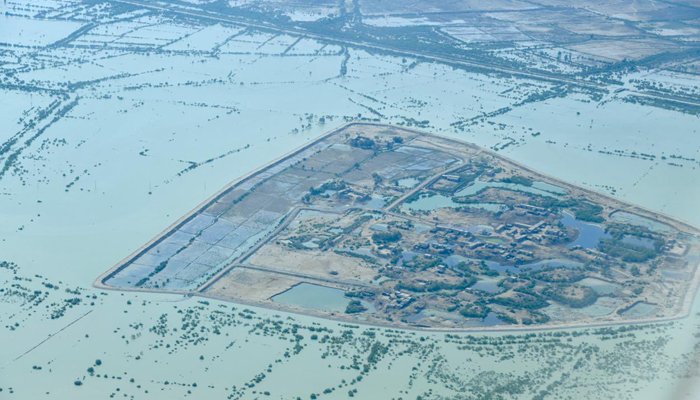 In the latest statistics, the Provincial Disaster Management Authority (PDMA), Balochistan, said that among the 136 deceased, 56 were men, 47 children, and 33 women, while 70 people have been injured.

The PDMA’s report showed that the rains damaged 13,535 houses and completely destroyed 3,406 homes, and the heavy downpour also inflicted damage to 16 bridges and 640 kilometres of roads.

Over 20,000 cattle have been killed in the flash floods, eight dam embankments have been damaged, and crops on 198,000-acre land have been destroyed.

PM Shehbaz, while speaking to journalists during his visit to a tent village in the Khusnoob area of Qilla Saifullah, said the federal and provincial governments would undertake joint efforts for the relief and rehabilitation of flood-affected people.

The prime minister — who visited Balochistan for the second time in three days — said that he has directed the authorities to ensure that the relief amount — Rs1 million — is provided to the heirs of those who lost their loved ones in the calamity within the next 24 hours.

Apart from the federal government’s one million rupees, the Balochistan government will also extend the same compensation to the bereaved families, he said.

The spokesperson said that Prime Minister Shehbaz Sharif has visited Balochistan and the provincial government is in contact with the Chief of Army Staff General Qamar Javed Bajwa as the authorities seek to provide relief to the people.

In the coming months, Shah said the government will devise a long-term plan for dealing with rains. “We are rallying the non-government organisations (NGOs) and will not abandon the people.”

Shah also said that the Karachi-Quetta road — which was heavily damaged due to the heavy rains — has finally been restored for traffic.

The situation of roads

On the other hand, Levies Force, in a statement, said that in the upper areas of Toba Achakzai and Toba Kakari, links roads were damaged and commuters are facing trouble.

The link roads of Kan Mehtarzai, Muslim Bagh, and Loi Band have not been restored, while internet, telephone, and electricity have still not been restored in several upper areas, the force said.

The statement said that the Quetta-Harnai Highway remains closed for the third day for all kinds of traffic at Chapper Rift in Ziarat’s limits after landsliding, while the restoration works have not been started there as of yet.