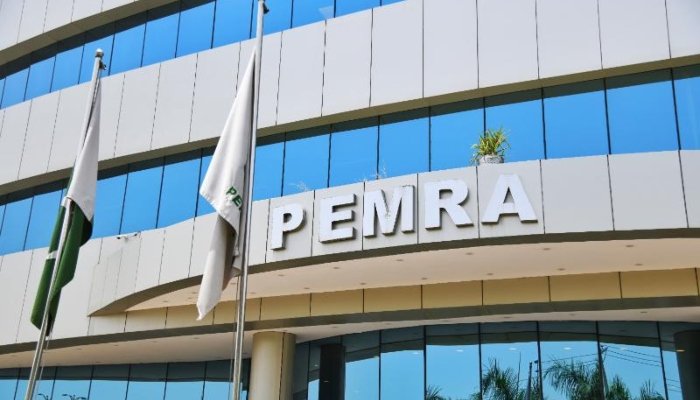 According to the regulatory body, the misinformation and disinformation spread by the news, programme anchors, guests or analysts cast aspersions against the institutions.

The statement issued by PEMRA said that the “airing of such content is in violation of the directives issued by the authority, provisions of PEMRA Electronic Media (programmes and advertisements) Code of Conduct 2015 and the principles laid down by the Superior Courts.”

“… all satellite TV channel licensees are hereby directed to follow the principles laid down in the constitution as well as the judgement of the Supreme Court of Pakistan passed in suo moto case no 28 of 2018 and the judgement of the Islamabad High Court passed in Criminal Original No 270/2019 dated 25-11-2019 and ensure strict compliance to the relevant provisions of PEMRA laws,” the statement read.

A person who is issued a licence under this Ordinance shall comply with the codes of programmes and advertisements approved by the authority and appoint an in-house monitoring committee, under intimation to the authority, to ensure compliance with the code.

The contents of the programmes and advertisements which are broadcast or distributed by the broadcast media or distribution service operator shall conform to the provisions of Section 20 of the Ordinance, these rules, the code set out in the Schedule-A and the terms and conditions of the licence.

Provisions of Electronic Media (Programmes and Advertisements) Code of Conduct 2015:

3(1)(i) Fundamental principles:- The licensee shall ensure that no content is aired which is known to be false or that there exist sufficient reasons to believe that the same may be false beyond a reasonable doubt.

4. News and current affairs programmes:- The licensee shall ensure that programmes on sub-judice matters may be aired in an informative manner and shall be handled objectively:

The authority further directed all satellite TV channels to ensure that an effective Time Delay Mechanism is put in place and an impartial and independent editorial board be constituted as required under Clause 17 of the Electronic Media (Programmes and Advertisement) Code of Conduct 2015 in order to ensure that their platform is not used by anyone (employee or guest) for spreading misinformation, disinformation and propaganda against state institutions.

Pakistan Broadcasters Association (PBA) said that it has always supported the freedom of expression and freedom of the media, however, it condemns any disinformation against the institutions.

PBA, in its statement, said that the association is working with the government and other media organisations to formulate rules against disinformation, especially the spread of disinformation on social media which is harming journalism.

“Encouraging responsible use of social media and discouraging disinformation is the most important need of the hour,” read the statement.

The association said that disinformation is not only harming the country and institutions but also fuelling insecurity, intolerance and instability.