Pakistan denounces attacks on Muslims in India during Hindu festivals 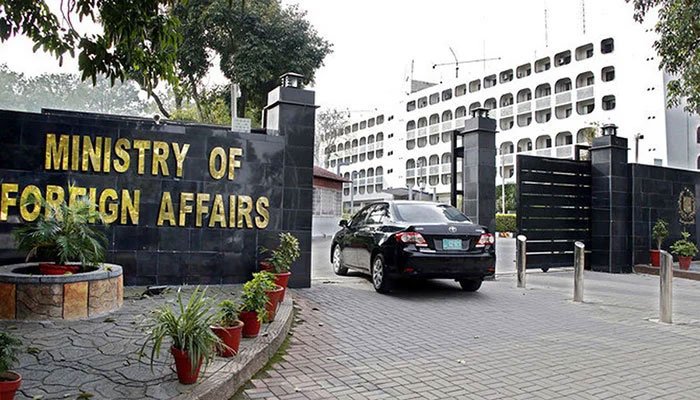 Pakistan strongly condemns the latest incidents of violence and hostility perpetrated by Hindutva extremists against Muslims in India during the recent Hindu festivals of Navratri and Dussehra.

The “saffron terror” that has wracked Indian society in recent years is showing itself once again in this way.

The video circulating on social media showing violence against Muslim boys, who had been tied to poles and beaten ruthlessly by the RSS zealots on the allegation of pelting stones at a festival site, is horrific. Equally disturbing is the razing of houses belonging to Muslim families in Madhya Pradesh, also on the baseless allegation of hurling stones at holy Hindu sites. Notably, while violence against Muslims has become a norm in today’s India, the situation becomes exceedingly alarming during the religious festivals.

The terrifying rise in Islamophobia within India is a distressing consequence of the BJP-RSS government’s blind pursuit of the majoritarian ‘Hindutva’ agenda and its overt support of anti-Islam and anti-Muslim rhetoric. India’s veneer of so-called ‘secularism’ has been completely lifted and has laid bare its true face of an undeclared ‘Hindu Rashtra’, where Muslims are perpetually targeted, tormented, and marginalized.

Pakistan calls upon the Indian government to take decisive action against fundamentalist-Hindu elements for fomenting communal violence and hatred against Muslims. Rather than extending blanket impunity to these elements, the Indian government must take demonstrable steps to curb the ever-rising tide of Islamophobia in India and ensure that Muslims are not victimized for their faith.

Pakistan also calls on the international community, particularly the United Nations and its human rights machinery, to take cognizance of the rapidly deteriorating situation of Islamophobia in India and hold India accountable for its failure to ensure the security and well-being of its Muslim citizens.