Not including Justice Faez Isa in benches ‘unfortunate’: PTI leader 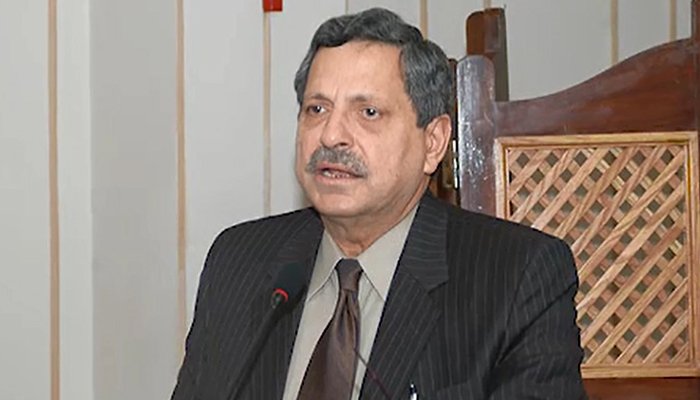 ISLAMABAD: A PTI leader said Tuesday that a bench of senior judges should be formed to hear cases related to constitutional matters, and not including Justice Qazi Faez Isa — one of the senior-most judges of the Supreme Court — in the benches was “unfortunate”.

In his address to a seminar of the Islamabad High Court Bar, PTI leader Hamid Khan, without naming any cases, said that judges should keep their personal differences aside.

The PTI leader said that Justice Mansoor Ali Shah is in line to become a member of the Judicial Commission of Pakistan (JCP), but he is not being included in it.

Khan said that despite Sindh High Court (SHC) Chief Justice Ahmed Ali M Shaikh being a senior judge, he isn’t being elevated to the top court.

“Is this your justice?” he asked, without naming anyone.

He demanded that the JCP’s session — which is expected to be held on July 28 — be postponed to a later date and asked that the representation of every high court should be seen in the SC.

He appealed to Chief Justice of Pakistan Umar Ata Bandial to ensure that justice is being served.

“Judges can have a difference of opinion, but the respect of the Supreme Court should be upheld,” he said, asking that if the person responsible for dispensing justice is not ensuring it happens in their institution, how could they serve the people.

“We want judges’ appointments to the SC based on seniority,” he said.

In his address to the seminar, former federal minister and PTI leader Asad Umar said that the politicians should be able to resolve their matters amicably.

However, the senior PTI leader noted that if they fail to do so, the need arises for an intervention of a third party.

Hours before the seminar, Justice Isa had written a letter to the JCP, seeking postponement of its meeting scheduled on July 28 for the appointment of Sindh and Lahore high courts judges to the apex court, as the matter “requires utmost care and due deliberation as it is a matter of extreme delicacy”.

The justice has severely criticised Chief Justice Bandial for scheduling the meeting at such a time when he (Isa) is not able to physically attend the meeting as he is currently on leave abroad.

He stated in the letter that while on annual leave, he received a WhatsApp message from the additional registrar of the SC that the CJP had called a meeting of the JCP on July 28 to consider appointing five judges to the SC.

“No meeting of the JCP was scheduled before I applied for the annual leave but as soon as I left Pakistan the CJ decided to hold two meetings of the JCP to consider appointments to the Sindh and Lahore High Courts, and now a third unscheduled meeting of the JCP is to be held during the summer vacations of the SC,” Isa wrote.

Moreover, he mentioned that he was referred to 2,347 pages of documents regarding the appointment of judges through WhatsApp.

“The CJ wants to rush through a most delicate matter in a very questionable manner. He wants 2,347 pages of documents to be examined in a week.”