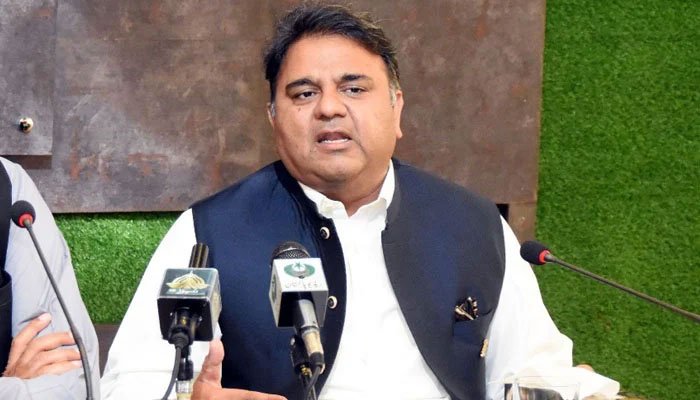 PTI’s senior leader Chaudhry Fawad Hussain has said that there is no-legal value of the approval of 11 PTI MNAs’s resignations by National Assembly Speaker Raja Pervaiz Ashraf as the deputy speaker had already accepted the resignations when tendered.

The PTI lawmakers had tendered their resignations en masse after Imran Khan’s government was ousted through a no-confidence motion In April. Later, the then deputy speaker Qasim Suri accepted the resignations and issued a notification in this regard.

The statement came in response to a notification stating that the resignations of the PTI MNAs have been approved.

Taking to Twitter, Fawad said that it is an illusion that the federal government will be able to stage by-elections on the vacated seats as the country is moving towards new general elections.

He went on to say that the federal government cannot stop the general elections from happening.

PML-N will participate in by-polls on vacated seats with all might: Rana Sanaullah

Meanwhile, Interior Minister Rana Sanaullah said that the vacated seats are basically PTI’s but if the by-elections are held in the respective constituencies, PML-N will participate in it with all its might.

Sanaullah said that the resignations of only the MNAs, who have confirmed in some way that they have resigned, have been accepted.

Sanaullah said that there is a risk of general elections becoming controversial unless all the stakeholders, including the ECP, have consultations, hold elections in all the provincial assemblies at the same time and resolve the issues of constituencies.

Responding to a question about Imran Khan, the interior minister said that “this fitna must be suppressed.”

He said that there is no doubt that the PTI chairman has presented a false narrative before the nation.

“He [Imran] is trying to divide the nation and misguide the youth. He will cause the nation a misfortune if the nation doesn’t identify him,” Sanaullah said.

NA spokesperson said notification has also been issued in this regard. The announcement was made on the official Twitter handle of the National Assembly.

According to the notification, the NA speaker has accepted the resignations of the following PTI members: