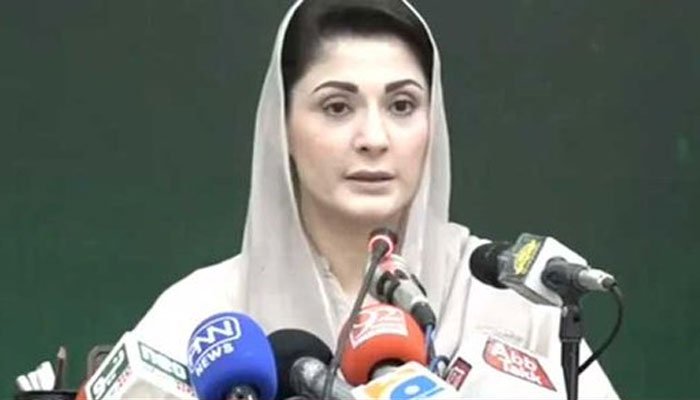 PML-N supremo Nawaz Sharif has expressed his opposition to the federal government’s decision to ramp up the prices of petroleum products, said PML-N Vice President Maryam Nawaz on Tuesday.

On Monday, the government cranked up the price of petrol by Rs6.72 per litre for the next fortnight. “In the wake of fluctuations in petroleum prices in the international market and exchange rate variations, the government has decided to revise the existing prices or petroleum products to pass on the impact to the consumers,” the statement released by the Finance Division read.

The government’s decision invited a lot of criticism from the public. Citizens are of the view that the prices of petroleum products are on a downward slope all over the world but their prices are being increased in Pakistan.

As people vented out their views on the government’s decision, a user on Twitter tagged Maryam Nawaz and requested her to “speak to Mian Nawaz Sharif to take notice of the increase in the price of petrol.”

Replying to the user, Maryam wrote: “Mian Sahib strongly opposed this decision. He even said that I cannot burden the people with one more penny.”

She said her father stressed that he was not on board and that if the government was bound by some constraint, it should go ahead with the increase. Maryam said the PML-N supremo disowned the POL increase decision and left the meeting.

Earlier, after the government issued the notification of the new POL prices, Maryam, too, rejected the federal government’s decision.

Reacting to a Twitter user, Maryam noted: “I stand by the people of Pakistan. I cannot support this decision.”

On August 15, the federal finance ministry issued a notification regarding the new POL prices. While the government raised the price of petrol, it slashed the price of diesel by Rs0.51.