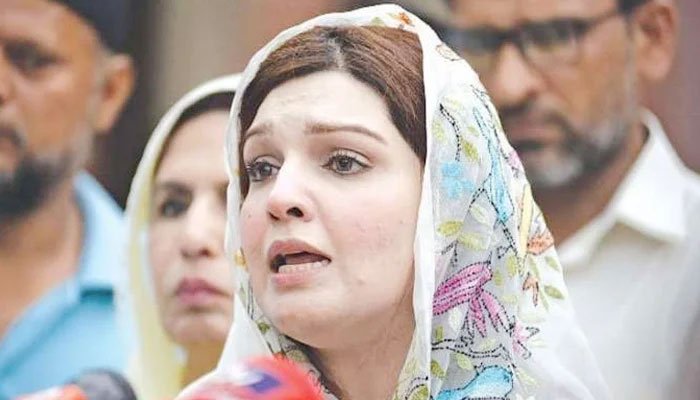 Mushaal Mullick, the wife of detained Kashmiri leader Yasin Malik, has requested for a diplomatic passport so she can visit India to meet her husband as she cannot acquire a visit visa on her own.

In a latest statement given to the Foreign Affairs Committee, Mushaal said that she hasn’t met Yasin for eight years and couldn’t even talk to him for the last five years. She said that 6 million new domiciles were issued in Kashmir.

Moving on to the misery Yasin is in being in the Indian jail, Mushaal said that her husband was subjected to third-degree torture.

“Yasin Malik observed a 12-day hunger strike to protest the sentence awarded to him on May 25,”  Mushaal said.

Earlier, in July, Mushaal revealed that her husband is in critical condition and he is admitted to a hospital after going on a hunger strike.

Taking to Twitter, she said that Yasin’s life was in danger and he had refused to take medical help from the doctors.

According to The Hindustan Times, Yasin had gone on a hunger strike on July 27 after he was not allowed to appear in court for hearing the Rubaiya Sayeed abduction case.

The Kashmiri leader has been kept in solitary confinement in a high-risk cell in Tihar’s prison.