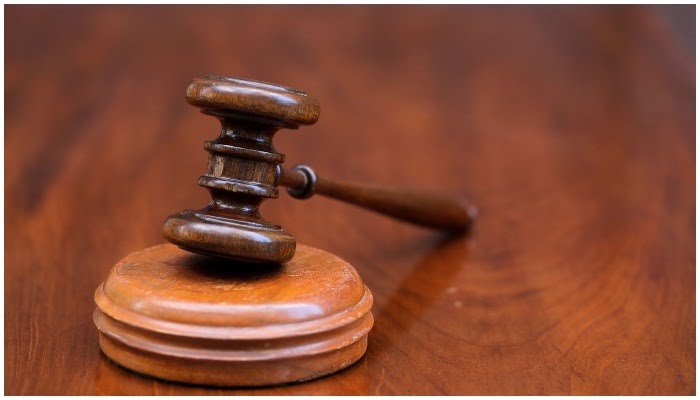 Following controversy over a meeting of the Judicial Commission of Pakistan (JCP) on the elevation of higher court judges to the Supreme Court, the top court released the audio of the meeting on July 29 to clarify the matter.

Two judges — Justice Qazi Faez Isa and Justice Sardar Tariq Masood — had objected to a statement released by the apex court’s public relations office after the meeting, saying that it did not accurately portray the outcome of the discussion.

The handout from the apex court stated that the proposal to defer the meeting was supported by Justice Ijaz-ul-Ahsan, Justice Sajjad Ali Shah, Justice (retd) Sarmad Jalal Osmany, and Attorney-General of Pakistan Ashtar Ausaf Ali.

Justice Isa and Justice Masood objected that this was not the case as the meeting abruptly ended after Chief Justice Umar Ata Bandial left.

As a result of the objections from both judges, the apex court — on the directives of the CJP — released the audio on its website, where select minutes of the meeting can be heard.

While the move did not sit well with some members of the legal fraternity, others backed it, saying that for the sake of “transparency”, it was the right decision.

Geo.tv reached out to some legal experts to know whether such an unprecedented move would lead to more transparency in the judiciary or to more divisions. Moreover, lawyers were asked whether such moves will affect the reputation of serving judges who were being openly discussed in the meeting. Lastly, they were requested to shed light on whether the audio of a private meeting should be released without the consent of all the members present.

Here’s what they had to say:

‘Comments shouldn’t be made public in their entirety’

“I think there are arguments in favour of and against disclosing or publishing the audio transcript of the judicial commission meetings in this manner.

The advantages, of course, include greater transparency. [But the] disadvantage is that it discourages members from openly speaking their minds since all the judges know each other and the legal fraternity is small.

Besides, sometimes, there are things that one might say behind closed doors that they won’t say with as much vociferousness if they know that the meeting is going to be publicly disclosed and all the transcripts released.

Plus, and this is perhaps a more serious objection, in these types of meetings, comments are made about the conduct, character, and reputation of judges, and they are meant [to reach] a conclusion about their suitability for promotion.

Since the judges who are discussed in the meeting are not present, they don’t have a chance to rebut or respond to those comments.

I think these transcripts should not have been released until and unless the consent of all nine participating members was taken. Naturally, the comments that were made about the judges were done under the assumption of secrecy. If that assumption was wrong, and the Chief Justice intended to publish those comments, then I think he should have asked all members whether they agreed to it, in all fairness.

So, in my view, it is better that the deliberations of the judicial commission not be published in their entirety, only their eventual conclusion should be published.”

‘Highly unusual but should be a regular practice’

“JCP deliberations should be made public. The release of the recording is highly unusual, but it should be a regular practice. JC rules should be amended so that proceedings are no longer held in camera.

Evaluations should be honest, relevant and respectful. Therefore, I do not believe that the reputation of judges will be unduly harmed through public proceedings. The costs of any embarrassing facts being revealed during the proceedings are, in my view, outweighed by the public’s right to information regarding the appointment process.”

‘Should be a regular feature’

“The audio seems to have been released without the consent of all the judicial commission members. The audio was made public because of expediency and due to the differing views on the actual composition of the JCP [meeting] and whether the new appointments were accepted or rejected or actually deferred during the meeting.

While releasing any audio without the commission’s consent doesn’t make for great optics at all as it shows polarisation, the bigger [issue] is that there is a need for the judicial commission’s procedures to be a lot more transparent.

[As for the] reputation of the serving judges, that should not be too much of a problem because under the JCP, it is specifically the issues of integrity, reputation and disposal of cases that are actually discussed. I think it would make more sense for the judicial committee’s procedure to be much more transparent.

Since this has now been released, perhaps this should be a regular feature, where with the consent of all the members, deliberations regarding the appointment of judges should be done in an open and transparent manner.

I would go so far as to say that do not just release the audio — the time is right to actually amend the procedure and rules of the judicial commission and to evolve proper criteria which don’t just hinge on the idea of seniority. Whichever judges are being selected, should be chosen under clear criteria and the decision should not just emanate from the chief justice; it should be a more democratic process.”