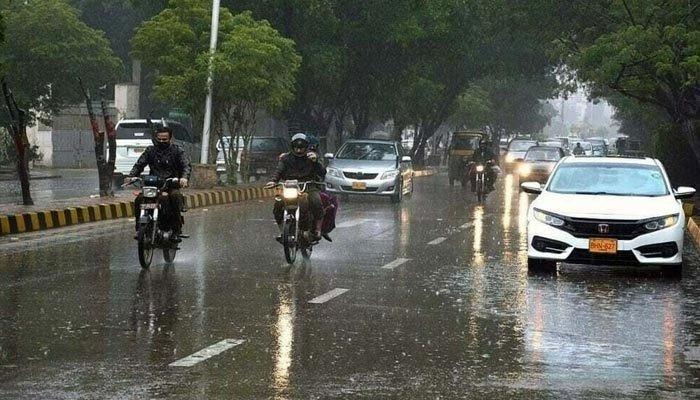 With a forecast of light rain at different times during the day today (Sunday) in Karachi, early morning drizzle in different areas turned the city’s weather pleasant.

Apart from Karachi, the Pakistan Meteorological Department (PMD) has forecast light showers in Sukkur, Larkana and Jacobabad today. Some cities of Punjab, including Islamabad, parts of Khyber Pakhtunkwa, Balochistan, Kashmir and Gilgit Baltistan are also likely to receive rain as the Met department warned last week that a monsoon current is continuously penetrating the country.

More rain, wind and thundershowers with scattered heavy falls are expected from July 27-31 with occasional gaps under the influence of this weather system, it said.

Karachi will likely get “above normal” rainfall in August as well, meteorological analyst Jawad Memon said on Saturday, after record rains caused massive destruction in the country in June and July, leading to the deaths of over 300 people, according to National Disaster Management Authority (NDMA).

Read the outlook for August here.

Outlook for next 24 hours

According to PMD, the weather in Karachi is likely to remain cloudy in the next 24 hours with a chance of drizzle.

The lowest temperature recorded today was 26.5°C and the highest will likely range between 31°C and 33°C.

The humidity recorded this morning was 81%, the PMD said, adding that winds from the south-west are blowing at a rate of 18km per hour.