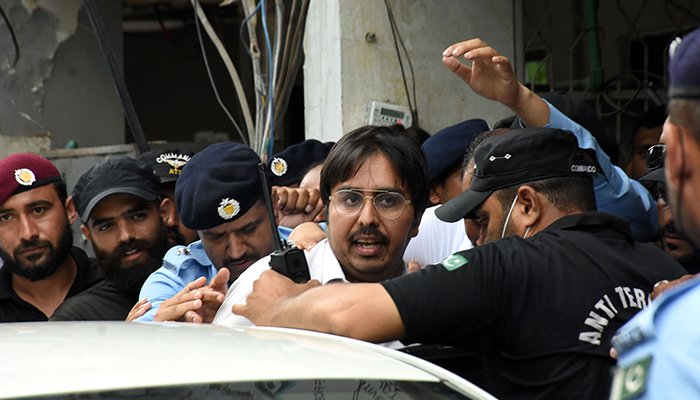 ISLAMABAD: A local court has summoned PTI leader Shahbaz Gill on October 6 in a case registered against him for allegedly inciting mutiny within the military’s ranks.

At the outset of Saturday’s proceedings, prosecutor Rizwan Abbasi appeared before a district and sessions court in Islamabad, while the PTI leader was not present in the courtroom.

The police then submitted a challan against Gill.

Meanwhile, the court issued a notice to the PTI leader and summoned him for trial in connection with the police challan.

The case and bail

The PTI leader was booked in a sedition and arms recovery case in August. Gill, however, finally got bail from the Islamabad High Court (IHC) in the sedition case on September 15.

PTI Chairman Imran Khan’s chief of staff Gill was in detention for over a month when he was arrested after a treason case was filed against him for inciting mutiny within the Pakistan Army through his remarks during a private TV channel show.

The case against Gill is registered under Sections 124-A (sedition), 505 (statements conducing to public mischief), and of the Pakistan Penal Code.

The PTI had been insistent in demanding the party leader’s bail, alleging that he is facing humiliation, torture and sexual abuse in police custody.

Multiple proceedings on pleas seeking and challenging Gill’s physical remand for interrogations were held with the defence contending that the politician wasn’t physically or mentally fit to undergo physical remand.